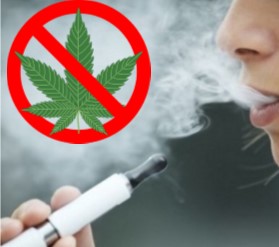 LITTLEROCK – The Los Angeles County Board of Supervisors voted Tuesday to expand prohibitions on smoking on county property and in and around bars and restaurants in unincorporated areas — including Littlerock, Lake Los Angeles and Quartz Hill — also making clear that smoking includes e-cigarettes and cannabis.

The ordinance will come back to the board for a second vote at a future meeting and then, if adopted, take effect 30 days later.

Supervisor Sheila Kuehl, who championed the effort to update county codes, said the ordinance was written to cover yet-to-be-developed technologies that deliver nicotine, cannabis or tobacco.

In unincorporated areas, the ordinance would prohibit smoking on public beaches, in public elevators, at bus stops, in museums and libraries and the public areas of theaters. The ban would also apply within 25 feet of outdoor seating areas of bars and restaurants.

Smoking would also be banned at all county parks with exceptions for actors and models during production.

The no smoking zone would extend 50 feet from the entrance of any county building, in county parking facilities and at the driving range or outdoor eating areas of all county golf courses. All county vehicles would be non-smoking.

3 comments for "L.A. County set to expand ban on smoking in unincorporated areas"