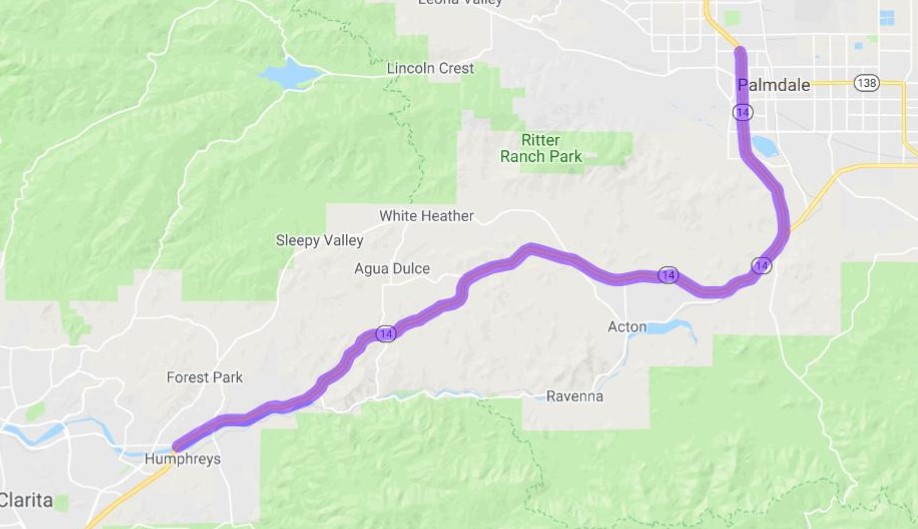 PALMDALE – Beginning Monday, March 18, Caltrans will close portions of the Antelope Valley (14) Freeway in the Palmdale and Santa Clarita areas for a pavement rehabilitation project, the agency announced.

The closures are scheduled nightly through Saturday, March 23, from 7 p.m. to 6 a.m., but the closures may start and end later, according to a news release from Caltrans.

The $6.6 million project involves replacing concrete slabs, grinding and striping both directions of SR-14 between the Santa Clara River and Technology Drive. The project aims to improve the condition of the lanes and create a smoother ride for motorists, according to Caltrans. It is slated from completion this spring.

“Motorists should expect delays and are strongly advised to plan ahead, use alternate routes and avoid the area,” the news release states.

All closures are also weather-permitting and subject to change.

Motorists can check traffic conditions before they leave by visiting the Caltrans Quickmap at http://quickmap.dot.ca.gov/.