LANCASTER – If you recognize the suspects in this image, then Lancaster Sheriff’s Station detectives would like to hear from you.

The two men are accused of committing recent armed robberies in Lancaster, according to a news release from the Lancaster Sheriff’s Station.

“They have recently been robbing local Lancaster businesses at gunpoint,” the news release states.

The suspects are described as black, and are believed to be between 20 and 25 years old.

Anyone who recognizes these suspects are encouraged to contact deputies Rodriguez or Ferrell at 661-940-3862. 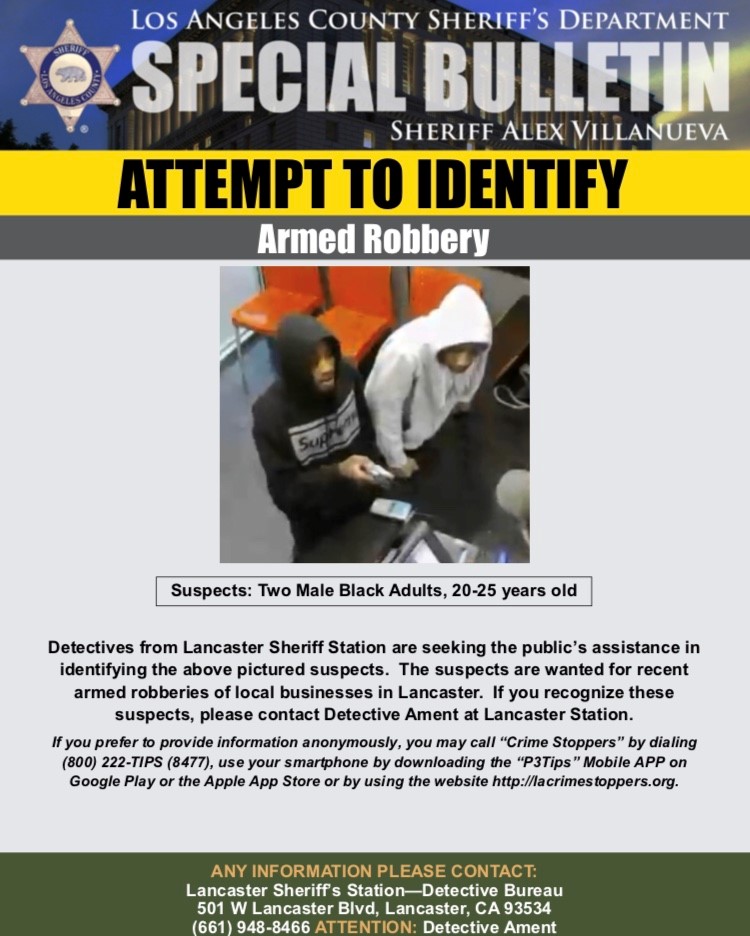