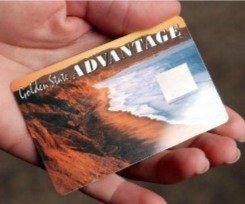 The Los Angeles County Department of Public Social Services (DPSS) announced that the full amount of CalFresh benefits for March will be issued on March 1, 2019 to eligible households. The single-day, early issuance is intended to shorten the period between February’s early issuance, which resulted in a gap in food assistance for many low-income individuals and households.

DPSS has been authorized by the California Department of Social Services to issue March benefits on the first day of the month, rather than the normal staggered issuance cycle of the first through the tenth of the month. DPSS is alerting CalFresh households that the early issuances are not additional benefits, and strongly urging them to budget accordingly to ensure that they have funds available to purchase food through the month of March.

Households are also reminded that if their required Semi-Annual Reports (SAR 7) or recertifications are due in February, all eligibility verification must be received by Feb. 22, 2019. Households with a recertification due must participate in the required interview. Households that submit their SAR 7 and recertification after Feb. 22 will receive their benefits on the normal issuance date.

CalFresh benefits will be issued if eligibility requirements are met.

CalFresh benefits for April will be issued in the usual staggered cycle of the first through the tenth of the month. CalFresh customers in L.A. County with additional questions should contact the DPSS Customer Service Center at 866-613-3777.

12 comments for "CalFresh benefits to be issued March 1"