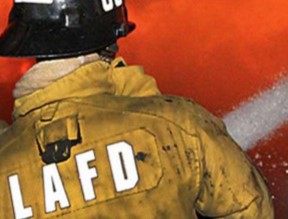 PALMDALE – Debris was blamed for making it difficult for firefighters to put out flames in a motorhome in what may have been a homeless encampment in Palmdale, authorities said Monday.

Firefighters put out the flames at 10:11 p.m., Ornelas said. No injuries were reported.

“A lot of debris surrounding the RV caught on fire,” he said.

A news videographer at the scene said what appeared to be a 40-foot- long motorhome was in a homeless encampment concealed by Joshua Trees. The motorhome was consumed by the fire but no people were found at the scene, he said.

2 comments for "RV burns in Palmdale, may have been in homeless encampment"