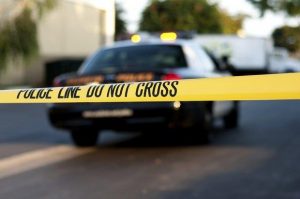 PALMDALE  – A man was hospitalized with a slash wound suffered in a fight Thursday night in a Palmdale park, authorities said.

The incident occurred around 8:30 p.m. Thursday, Dec. 20, at McAdam Park, located in the 38100 block of 30th Street East, according to Lt. R. Cartmill of the Los Angeles County Sheriff’s Department’s Palmdale Station. Deputies responded and located the victim, who had at least one slash wound to an arm.

The victim was transported to a hospital with non-life threatening wounds, Cartmill said.

A detailed description of the suspect or suspects was not immediately available. No further information on the incident was immediately released.