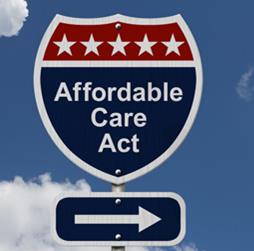 LOS ANGELES – The Los Angeles County Board of Supervisors voted to explore an appeal of a federal judge’s ruling invalidating the Affordable Care Act.

The act, which governs health insurance and is often referred to as Obamacare, remains in effect as the matter moves through an appeals process likely to end at the U.S. Supreme Court.

California Attorney General Xavier Becerra has also said he will oppose the ruling and the county board could join a state filing or file its own suit as a plaintiff, Supervisor Mark Ridley-Thomas said.

“If you believe, like I do, that health care is a right, then this ruling is a step backwards,” Ridley-Thomas said. “The ACA has already withstood relentless legal and political challenges, and I am confident that justice will prevail again and this widely popular law will be upheld.”

Ridley-Thomas said the landmark law has cut the county’s number of uninsured residents in half and more than 1 million residents have gained coverage through the law’s expansion of Medi-Cal.

“The ACA has already survived more than 70 repeal attempts in Congress and scrutiny by the Supreme Court,” Solis said. “After eight years of nonstop attacks, repeal votes and lawsuits, Obamacare is still here, delivering life-saving care to 20 million Americans.”

Federal District Court Judge Reed O’Connor ruled on Friday that because Congress eliminated the fine for failing to comply with the ACA’s health insurance mandate, the mandate is no longer permissible under Congress’ taxing power and therefore unconstitutional. Calling the individual mandate is “essential” to the ACA, O’Connor then declared the entire law invalid.

However, the judge denied a request for an injunction against the health care law, so that its provisions remain in effect across the nation.

5 comments for "L.A. County Board says it will fight for Affordable Care Act"