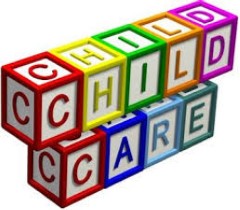 LOS ANGELES – Los Angeles County properties could be converted to child care and preschool facilities under action taken Tuesday by the Board of Supervisors.

Supervisor Hilda Solis recommended a review to determine which county owned buildings or rooms could be repurposed as early child care and education facilities and whether other properties might be used to build new centers.

“Children in Los Angeles County, especially those from working-class families, are missing learning and developmental opportunities necessary for school readiness and, ultimately, for successful lives,” Solis said. “Sadly, the children that need these early childhood resources are the ones most often left behind.”

Calling it a growing crisis, Solis said the county is home to roughly 370,000 babies and toddlers, half of whom are eligible for state-subsidized early learning programs. But there aren’t enough spots available in state or federal subsidized programs, leaving more than 85 percent of eligible children without options, according to research by the nonprofit Advancement Project.

“Too many families have had to put their children on waiting lists for overcrowded early education programs,” she said. “Many of these programs would like to expand if they could and we want to help them by identifying county buildings that these programs could use.”

Advocates say quality early childhood care can be a game-changer for children, pointing to research showing that 90 percent of a baby’s brain is developed by age 5.

“There is an abundance of evidence … that these early years are magical,” Karla Howell of the Advancement Project told the board.

Supervisor Mark Ridley-Thomas echoed that view, saying that early childhood success can ultimately reduce the number of homeless individuals or those in county jails.

“We will pay one way or another — on the front end or on the back end,” Ridley-Thomas said. “Quality preschool education for 3- and 4-year-olds has been demonstrated to be the single most effective cost intervention, with benefits that last well into adulthood.”

“There has not been any attention from the state … and now it looks like it might happen,” Kuehl said.

A report is expected back in 120 days.