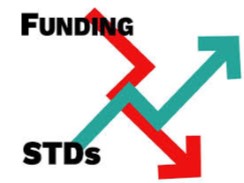 LOS ANGELES – The Los Angeles County Board of Supervisors approved $5 million in funding Tuesday to stem the rise in sexually transmitted diseases.

Supervisors Sheila Kuehl and Mark Ridley-Thomas co-authored a motion authorizing the public health director to use the county money — which comes from tobacco settlement funds — over a two-year period to as much as double the level of services currently provided by existing contractors.

“We’re not receiving enough funding from the feds or from the state to meet our community’s needs for these vital services,” Kuehl said. “Despite the fact we’ve been requesting more funding for years, state and federal funding over the last few years has actually dropped … so it should come as no surprise that as funding dropped … the rates of STDs have risen.”

California has provided $7 million in one-time funding increases statewide over the past decade, while federal funding has decreased nationally by what amounts to a 40 percent cut in inflation-adjusted dollars from 2003 to 2016, according to the motion.

Supervisor Hilda Solis said there are gaps in funding that disproportionately affect some communities.

“In the Latino community, we have a prevalence of STDs and we need to be able to address this now,” Solis said. “Letting them know that we do care and we’re reaching out to them.”

The motion, unanimously approved, directs public health workers to focus on screening and treatment for underserved communities and populations.

Rates of syphilis, gonorrhea and chlamydia are increasing nationwide, statewide and in Los Angeles County. Without treatment, those diseases can increase the risk of HIV and lead to other health problems, including infertility.

Department of Public Health Director Barbara Ferrer said in May that she had set a goal to eliminate congenital syphilis, which is passed on to a baby when left untreated during the mother’s pregnancy.

Rates of syphilis among both men and women have been steadily increasing both countywide and across California since 2012, with cases in women up 50 percent from 2016 to 2017. Infected infants — who can be treated with penicillin if the disease is diagnosed at least 30 days before delivery — can be stillborn or suffer blindness, deafness or skeletal deformations.

The number of gonorrhea cases countywide doubled in the last five years.

Chlamydia cases were up year-over-year in 2017, although less dramatically, with nearly 60,000 reported, a 1.6 percent increase.

Young people are particularly at risk. Nearly half of all new cases of STDs in the U.S. are contracted by adolescents and adults 15 to 24 years old and about 25 percent of sexually active teen girls have an STD, according to research cited by the Centers for Disease Control and Prevention.

Stigmas around talking about sex and teenage risky behavior contribute to the problem, according to health authorities.

Ridley-Thomas said he couldn’t accept that at the same time STDs are increasing, there is a nationwide lack of funding to combat the problem.

“Obviously, there’s a correlation of consequence here,” Ridley- Thomas said. “Good news is that the county of Los Angeles is going to step up and do more than ever before. Young people need to have the benefit of this information, better therapies, treatments and medications.”

The Department of Public Health is looking at whether it can bill Medi-Cal for STD-related services, but in the meantime, there is an immediate need for more screening and treatment, Kuehl said.

“We need more testing locations and newer, cheaper and more convenient methods of testing,” said Phil Curtis, director of government affairs at nonprofit health center APLA Health. “You can get HIV test results in a matter of minutes. It takes about an hour and a half to work your way through an STI center. All of this is going to require effort and imagination.”

Kuehl stressed that the county funding is not a long-term solution and the board also directed health officials to work with Chief Executive Officer Sachi Hamai to advocate for more federal and state dollars to combat STDs.

1 comment for "L.A. County ramps up fight against STDs"