PALMDALE – The Palmdale Sheriff’s Station is seeking your help in locating the following suspects. If you recognize them and know where they might be located, contact detectives using the information beneath the suspects’ photos or by calling 1-800-222-TIPS. 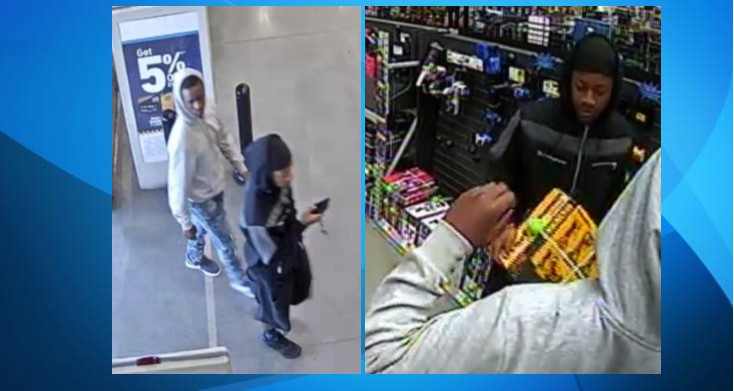 If you recognize the men in these images, then Palmdale Sheriff’s Station detectives would like to hear from you.

The suspects are wanted for robbery in connection with an incident that took place Oct. 6, 2018, at the Lowe’s Home Improvement store, located at  39500 Lowes Drive in Palmdale.

Both suspects “walked down the power tool isle of the business and stole ‘DeWalt’ power tools. As the suspects exited the store without paying, they were contacted by a Lowe’s employee… [Suspect #1]  balled his right hand into a fist in an apparent attempt to assault the employee. Suspect #2 knocked the employee to the ground, causing her to strike her head against a pole,” according to a news release by the Palmdale Sheriff’s Station.

Suspect #1 is a black male with black hair and brown eyes, who stands about 5 feet 8 inches tall, weighs between 160 and 170 pounds, and was wearing a black hoodie and black shorts at the time of the incident.

Suspect #2 is a black male with black hair and brown eyes, who stands about 5 feet 8 inches to 6 feet tall, weighs between 160 and 170 pounds, and was wearing a grey hoodie and blue jeans at the time of the incident.

Both suspects were seen leaving the location in an early 2000’s model, silver, four-door Pontiac. The Pontiac has a sun-roof and damage to the front passenger side.

Anyone with information regarding the identity or location of these suspects is encouraged to contact Deputy LaRocco at the Palmdale Sheriff’s Station at 661-272-2479. To remain anonymous, call Crime Stopper at 1-800-222-TIPS. 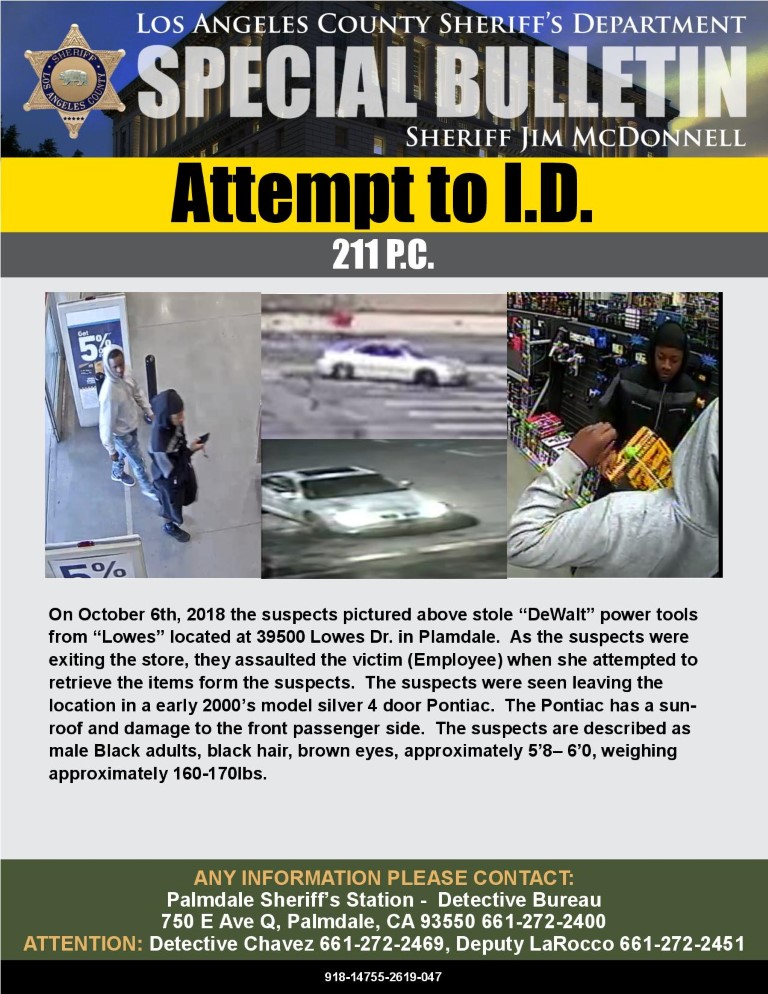