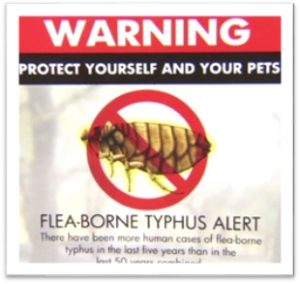 LOS ANGELES – The Los Angeles County Board of Supervisors voted Tuesday to pilot a program to aggressively combat typhus in homeless encampments by coordinating street clean-up, offers of housing and, for those who insist on staying on the street, mobile showers, hand sanitizer and flea repellent for people and pets.

Supervisor Kathryn Barger said she didn’t want to be an alarmist, but was disturbed by what she has seen in the 5th District she represents, which stretches from the Antelope Valley to the foothills of Pasadena and Glendale.

“When I drive through parts of my district and I see the living conditions on the street, it reminds me of a third-world country,” Barger said. “We provide showers and they still remain in filthy conditions.”

The county is already reaching out to offer services and housing to people living in homeless encampments, but those efforts aren’t always closely coordinated with street clean-up aimed at keeping trash, sewage and the rat population under control.

A recent typhus outbreak downtown and an epidemic level of cases in Pasadena, together with a rash of cases in Long Beach and Willowbrook, led to Barger’s call for mobile triage teams to work in tandem with public health and mental health workers and housing providers.

Barger recommended a Housing for Public Health pilot to identify areas at a heightened risk of exposure to typhus and other communicable diseases and then bring all available resources to bear.

Supervisor Sheila Kuehl said she was initially concerned that some city sanitation agencies were “essentially sweeping homeless people and their belongings off the street,” but voted in favor of a collaborative pilot.

Department of Public Health Director Barbara Ferrer sought to assure the public that typhus is not new to Los Angeles County or unique to homeless residents.

But those contracting the disease on the street are at greater risk because it’s harder to avoid fleas when living outside, Ferrer said.

Barger said rats in Skid Row aren’t scared of humans and live among the homeless rather than scurrying away. Fleas carried by rats, opossums and feral cats are spreading the disease, which cannot be spread person-to-person.

Cases reported by DPH so far this year total 64, compared to 67 cases in the full 12 months of 2017. That does not include cases in Long Beach or Pasadena, which run health agencies independent from the county.

Pasadena has been disproportionately impacted, confirming 20 cases of typhus to date in 2018, as compared with a history of one to five cases annually. Long Beach has more than doubled its historical rate of cases, with a total of 13 reported to date.

At least nine of the Los Angeles County cases occurred in downtown Los Angeles, all among homeless people who ended up hospitalized.

Rats, cats and opossums do not show symptoms of the typhus infection. However, typhus can cause high fever, chills, headache and rash in humans and, if not treated with antibiotics, can also lead to hospitalization and, in rare cases, death.

5 comments for "L.A. County to step up response to Typhus"