LOS ANGELES – The Los Angeles County Board of Supervisors approved a $10,000 reward Tuesday for information regarding the disappearance of a Palmdale man six months ago.

Supervisor Kathryn Barger recommended the reward in the case of 23-year-old Jose Juan Ahumada, saying investigators believe his disappearance is suspicious and witnesses may have helpful information.

About 7 p.m. March 5, 2018, Ahumada was seen leaving his residence in the 37000 block of Tamara Place and driving to a nearby store in his black Toyota Scion.

He never returned home and his car was found 10 days later in North Hollywood.

Ahumada was described as having short brown hair, brown eyes and an “Ahumada” back tattoo. He was last seen wearing a black sweater, blue pants and black shoes. 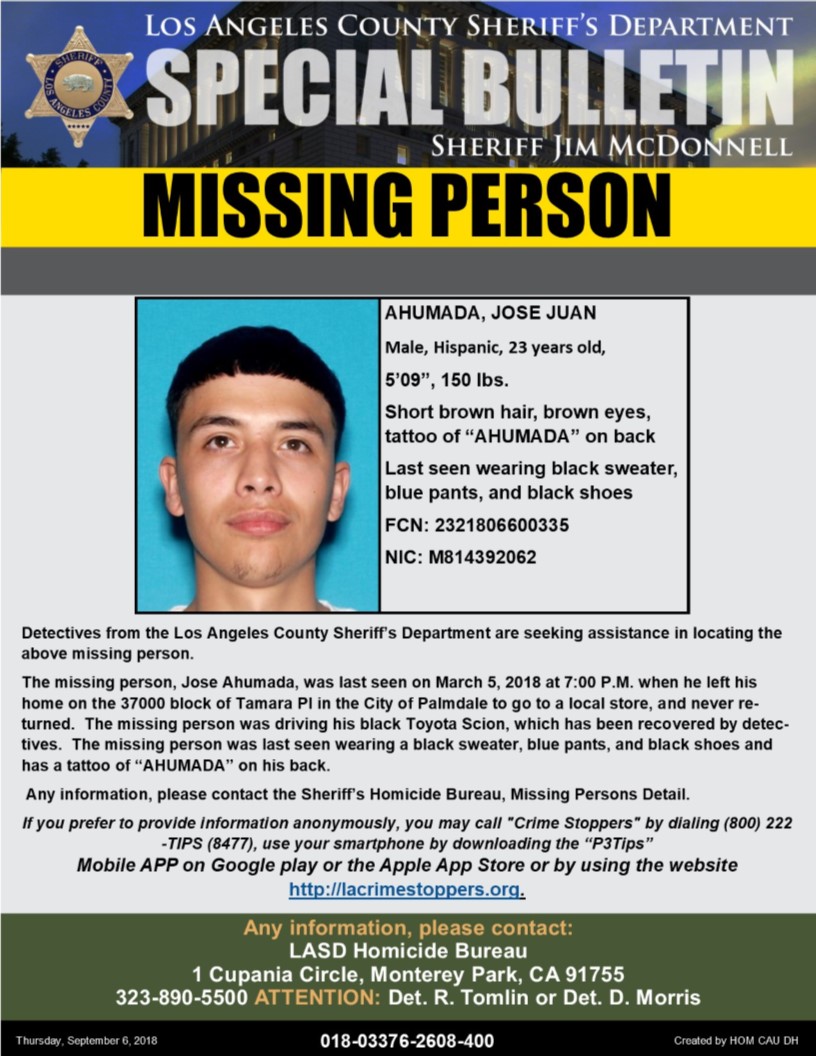 26 comments for "$10,000 reward offered in mysterious disappearance of Palmdale man"