LANCASTER – Local sheriff’s detectives have released an image of the suspect accused of stabbing a man multiple times outside a Lancaster supermarket.

The attack happened  Tuesday, Aug. 21, outside the Stater Bros. supermarket on 20th Street East and Avenue J in  Lancaster, according to a news release by the Sheriff’s Information Bureau.

“The victim confronted the suspect who was rummaging through the victim’s backpack. The suspect, a male black, 40 years old, approximately 5 feet, 6 inches tall, stabbed the victim multiple times then fled the area,” the news release states.

“The suspect is believed to frequent the area of Avenue J and 20th Street East. He may be homeless and rides a black bicycle. He may also have a white goatee,” the news release states.

An update on the victim’s condition was not immediately available.

Anyone with information on the identity or location of the suspect is encouraged to contact Detective Kaylee Volk at 661-940-3886, referencing File Number: 018-16869-1137-052. Anonymous tips can be submitted through Crime Stoppers by calling (800) 222-TIPS or at lacrimestoppers.org.

UPDATE: The suspect was arrested, the sheriff’s department reported. His name was not immediately released. 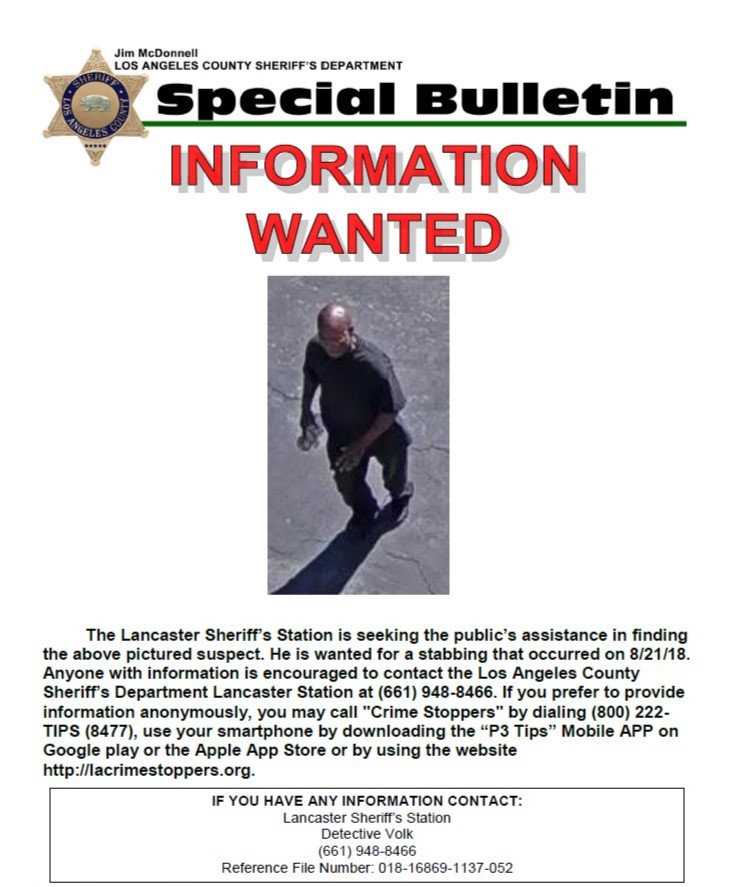