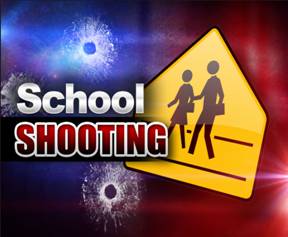 PALMDALE – A 14-year-old former student was charged Tuesday with attempted murder and other counts stemming from a shooting at Highland High School in Palmdale that left a 15-year-old boy wounded last week.

The teenage defendant — who denied the charges — faces two counts of attempted murder, six counts of assault with an assault weapon and one count of possessing a firearm in a school zone, according to the Los Angeles County District Attorney’s Office. He is due back in a juvenile courtroom in Lancaster on June 28.

The shooting at 7 a.m. Friday, May 11, on the campus in the 39000 block of 25th Street West was initially attributed to an active shooter, prompting a massive law-enforcement response. About 30 minutes after the high school shooting was reported, the sheriff’s department responded to what turned out to be unfounded call of gunshots being heard at the nearby Manzanita Elementary School campus in the 38600 block of 33rd Street East.

The injured 15-year-old boy, who was driven to a hospital by a parent who was dropping her daughter off at school, suffered a gunshot wound to his shoulder area, Los Angeles County Sheriff’s Jim McDonnell said. There were no reports of any other injuries.

The suspect was taken into custody at a Vons grocery store about a mile from the campus.

McDonnell said the sheriff’s department was contacted by an off-duty Los Angeles Police Department officer who initially apprehended the suspect after being contacted by the boy’s father about 7:40 a.m.

A Highland High School student told reporters he saw the suspect emerge from a bathroom with a rifle-type weapon, which he randomly pointed at people. The student said the suspect looked at him and told him to run, which he did, shouting at other students to do the same.

McDonnell identified the weapon as an SKS with 7.62 rounds. The rifle was recovered from a field between the school and where the boy was apprehended.

A man said his wife was dropping their daughter off at the school when the wounded student ran up to her car, shouting “He shot me! He shot me! I don’t know why he shot me!” The woman told the boy to get into her car and she drove him to a nearby hospital, her husband said, adding that his wife was told the boy “didn’t know who shot him.”

The suspect fired about 10 rounds and told his father that he had fired into the air, McDonnell said, but a motive was unclear.

All schools in the area were placed on lockdown while law enforcement swarmed the high school campus, and nervous parents began gathering nearby, anxiously hoping to retrieve their children.

The lockdown at Highland High School was lifted around 10:20 a.m. Friday, May 11, and students were released to their parents.

McDonnell said the sheriff’s Palmdale Station fielded nearly 100 calls in the minutes after the shooting.

The suspect used to attend Highland High School, but his family transferred him to another school, officials said.