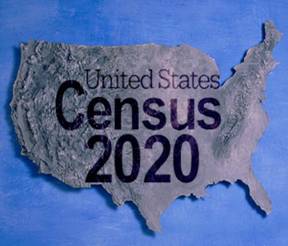 LOS ANGELES – The Los Angeles County Board of Supervisors voted Tuesday to file or join an amicus brief opposing the federal government’s addition of a citizenship question to the 2020 U.S. Census.

Supervisor Hilda Solis recommended the move, saying that hundreds of millions of dollars in federal funding are at stake for the county.

“Los Angeles County stands to lose a lot,” Solis said. “Our county has already been ranked as the hardest to count.”

An estimated 3 1/2 million immigrants live in the county and the concern is that many will not fill out a census form that inquires about their citizenship status out of fear of deportation, for themselves or loved ones.

Roughly $400 billion in federal funding for education, public health, transportation and other critical functions are allocated on the basis of the census data.

Congressional seats are also apportioned based on that data.

Supervisor Kathryn Barger said it shouldn’t be a political issue.

“This is not about documented and undocumented. This is about getting an accurate count,” Barger said. She said “this county is not sustainable” based on local funding alone.

Immigration rights advocates and others agreed.

“This is about protecting a 200-year-old institution from being politicized,” said Efrain Escobedo of the California Community Foundation, noting that a citizenship question has not been included in the U.S. Census since 1950.

Supervisor Janice Hahn, who co-authored Solis’ motion, cited a “level of fear and mistrust in our immigrant communities” that she said wasn’t surprising given an atmosphere of “added aggression” from the current administration.

“We have seen (Immigrations and Customs Enforcement agents) come in and round people up, people who have lived here for 35, 40 years,” Hahn said.

“The census is supposed to take note of the citizens in this country, not those who came here illegally,” Arthur Schaper told the board. “We are not a democracy, we are a republic in which the rights of all citizens are protected, regardless of who is in power and regardless of public sentiment.”

The board’s vote was 4-0. Supervisor Mark Ridley-Thomas was absent from the meeting.