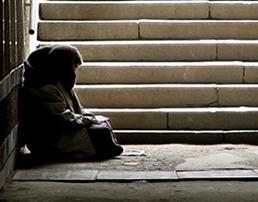 LOS ANGELES – The Los Angeles County Board of Supervisors voted Tuesday to explore legislation to allow paramedics to take homeless individuals to a sobering center or other treatment facility, instead of being limited to emergency room drop-offs.

The discussion evolved out of a proposal to move forward with setting up homeless outreach services teams, dubbed HOSTs, in city police departments.

None of the money will go to the Sheriff’s Department or the Los Angeles Police Department, but rather to other smaller law enforcement agencies willing to work with private partners to connect homeless individuals to mental health and substance abuse treatment, housing and other services.

Supervisor Kathryn Barger asked for more data on 911 calls and how the homeless crisis is affecting county police and fire departments.

“It is important that we collect data to better understand the interactions between first responders and the homeless population,” Barger said.

Los Angeles County fire Chief Deputy David Richardson Jr., who oversees emergency operations, told the board that the volume of 911 calls was up significantly and the department expected to field more than 400,000 calls for emergency medical services in 2018.

“We need to look at changing the whole model of healthcare delivery,” Kazan told the board.

Options could include mobile healthcare units that he described as “urgent care (centers) on wheels,” a concept the county is testing in the Antelope Valley. Sobering units — like the one the City of Los Angeles established in Skid Row — are another means of freeing up ambulances and emergency rooms.

But paramedics don’t currently have the freedom to drop someone who is drunk or high at a sobering center. Once they respond to a medical emergency, they are required by state law to head to an emergency room, sometimes waiting for hours before they can get back to work answering calls.

And emergency rooms aren’t particularly well equipped to deal with substance abuse, according to Kazan, who said personnel can offer little beyond stabilizing the patient and then sending them back out on the street to repeat the process.

“We have folks that come in and out of the emergency department probably every other day,” Kazan said.

A mobile unit could be staffed by medical personnel with the authority to redirect patients, and Kazan envisioned a day when 911 calls could immediately be routed to such a unit, completely avoiding the need for a response by law enforcement officers.

Supervisor Janice Hahn said legislation giving EMS teams more flexibility was in the works, but she anticipated a rough road ahead in Sacramento.

“We’re getting a lot of pushback,” Hahn said. “Apparently, emergency room doctors don’t like this idea. I think nurses are going to be against it. It reminds (me) of the paramedic battle that my dad fought in the late ’60s. Everyone was against the idea of firefighters actually providing medical treatment.”