LANCASTER -The Lancaster Sheriff’s Station is seeking your help in identifying and locating the following suspect. If you recognize him and know where he might be located, contact detectives using the information next to the suspect’s photo or by calling 1-800-222-TIPS. 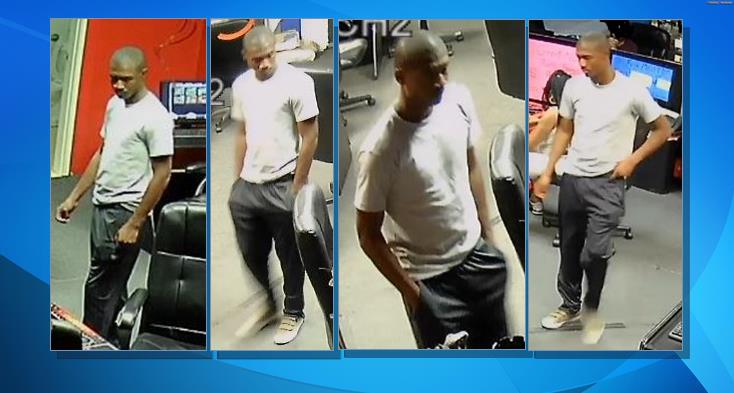 If you recognize the man in these images, contact Lancaster Sheriff’s Station detectives.

The suspect is wanted for armed robbery.

He is accused of robbing a local business.

The suspect is described as a male between the ages of 16 to 25, with a  thin build. The suspect appeared to be wearing a gray T-shirt, black or dark gray sweat pants, and yellow tennis shoes with velcro straps at the time of the incident.

Anyone with information on the identity or location of this suspect is encouraged to contact the Los Angeles County Sheriff’s Department’s Lancaster Station Robbery Suppression Team at (661) 948-8466. To remain anonymous, call “Crime Stoppers” at (800) 222-TIPS (8477).