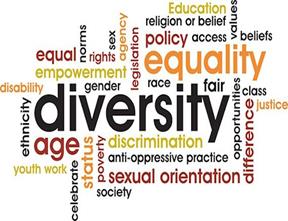 LOS ANGELES – Though Latinos make up a majority of Los Angeles County’s workforce, they represent a minority of senior and mid-level managers, according to statistics released Tuesday as officials called for more diversity in the top jobs.

Supervisor Hilda Solis pointed with pride to the county’s recognition by Forbes magazine as one of “America’s Best Employers,” but said more needed to be done to diversify the management ranks.

“The county needs to take a hard look at all levels of management and ensure that county executives are just as diverse as our workforce as a whole,” Solis said. “Whether it is racial diversity, ethnic diversity, disability or LGBTQ identification, we want to expand leadership development training opportunities.”

Supervisor Janice Hahn, who co-authored a motion with Solis to focus on succession planning aimed at building a multicultural group of leaders, said she was sometimes disappointed by recruiting firms’ inability to find a wide range of qualified candidates. [View the motion here.]

“I don’t buy it when I am told that we do not have qualified, diverse candidates to fill top jobs in the county,” Hahn said. “We can and should do better.”

County government is the largest employer countywide, with about 109,000 workers.

Blacks and Asians/Pacific Islanders are also underrepresented, making up 18 and 17 percent of management ranks, respectively.

Women also hold less than their proportionate share of high-ranking jobs. They make up nearly 60 percent of the total workforce, but just over 46 percent of management jobs, despite the fact that four of the five members of the board are women, as is the chief executive officer and lead county counsel.

The board directed staffers in every department to create mentorship programs and peer-to-peer support groups designed to elevate up-and-coming employees with diverse backgrounds. The county’s job site will also be revamped to expand outreach.

“I want to single out my colleague, Supervisor Solis … who has been the first in virtually every board she’s ever served on, every position,” Kuehl said. “When we were in the Legislature, inevitably she would reach out to Latino and Latino younger people … simply saying you can do it, too, sharing her background, sharing her history, encouraging people, making calls. This is the way the Legislature changed its face.”