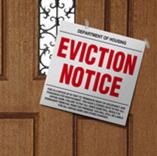 “In order to reduce homelessness, we must make sure we prevent people from falling into homelessness,” she said. “Legal representation plus financial assistance has been shown to prevent or delay households facing eviction from losing their homes.”

The vast majority of Los Angeles County renters who earn less than $41,500 a year pay out more than 30 percent of their income in rent, according to preliminary findings by the California Housing Partnership Corp.

Others are in more dire straits. About 41 percent of households in that income bracket spend at least half of their income on rent, leaving them just one car accident, medical bill or other emergency away from being unable to pay their landlord.

The next step can be homelessness, especially for families without access to legal help. Roughly 14 percent of individuals identified as homeless in last year’s count by the Los Angeles Housing Authority said they had lost their home due to eviction or foreclosure.

Kuehl highlighted the Shriver Housing Project, an initiative launched by the courts and a public interest law office, as a model to consider as the county moves forward.

Lawyers working for the project have been able to help 42 percent of tenants facing eviction stay in their homes, according to Kuehl. Others received a reprieve of more than two months before having to move and received $5,200 in financial benefits on average.

Tenants were also typically able to have court eviction records sealed, making it easier to find a new rental unit.

The board directed the chief executive officer to evaluate how eviction defense services could be included in the county’s detailed strategies for preventing homelessness. A report is expected back in 60 days.