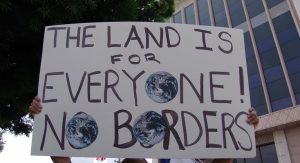 LOS ANGELES  – The Los Angeles County Board of Supervisors voted Tuesday to contribute $1 million, growing to $2 million next year, to a legal aid fund for immigrants facing deportation proceedings.

County officials and Los Angeles Mayor Eric Garcetti announced the creation of the $10 million L.A. Justice Fund on Monday, calling it a direct response to Donald Trump’s threat to increase deportations of undocumented immigrants and other “dangerous rhetoric” by the president-elect.

“We have a history of providing help to all residents,” Solis said, noting that the county’s social services safety net provides lunches for seniors and children and emergency medical care for uninsured residents, documented or not.

The fund is a partnership between the city and county of Los Angeles, California Community Foundation, Weingart Foundation and the California Endowment.

Garcetti said the city will contribute $2 million from its general fund. The county’s $3 million, to be contributed through June 30, 2018, is subject to matching contributions and private philanthropic organizations are expected to chip in $5 million.

Hahn pointed out that legal pathways to staying in the U.S. are available, but “without lawyers assisting them, they may never know or be aware of their options.”

The majority of speakers urged the board to approve the funding, but a vocal crowd of opponents argued that using taxpayer money to help individuals who came to America illegally amounted to taking money away from legal residents in need.

Not everyone’s OK with this. People are OK with legal immigration,” said Emily Hemingway of the Los Angeles County Republican Party, telling the board that “people cutting in line” and “leeching off of our system” is unfair and threatens the integrity of the social safety net and public education.

Supervisor Sheila Kuehl told opponents that the county spends many millions for public defenders to act on behalf of residents accused of crimes.

“They’re not innocents, but we provide a defense,” Kuehl said. “It’s not unprecedented for us to stand on the side of the accused and give them their day in court.”

Supervisor Kathryn Barger cast the lone dissenting vote. She said she was sympathetic to families faced with a “broken” immigration system, but told her four colleagues, “I believe this is a federal responsibility.”

Barger added that she thought it wasn’t fiscally responsible for the board to step up and contribute when nonprofit groups were willing to help.

Solis made a different economic argument, telling her colleagues that immigrants, both documented and undocumented, are a vital part of the local workforce.

“The contribution that undocumented immigrants make to the county is roughly $57 billion,” Solis said, referring to a local GDP estimate.

Others shared a personal perspective.

“I can’t go home one day and find an empty home,” Pomona College student Maria Jose Vides said, urging the board to “look at us as fellow human beings and look at how much we can contribute to this nation.”

The L.A. Justice Fund is expected to focus on helping immigrants in the county under temporary status such as the Deferred Access for Childhood Arrivals program, military families, refugees and unaccompanied minors, but not immigrants with a serious criminal history.

Solis said it costs roughly $5,000 to fund one deportation case. Experts estimate that about 7,000 Los Angeles County residents face removal proceedings without a lawyer annually, according to Solis’ office.

Some questioned whether the fund would be constitutional. A legal expert assured the board it would be consistent with federal immigration law and principles of fairness and due process.