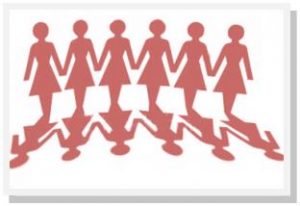 LOS ANGELES – The Los Angeles County Board of Supervisors voted unanimously Tuesday to create a five-year initiative to support women and girls.

Supervisors Sheila Kuehl and Hilda Solis co-authored the motion, which calls for all 37 county departments to examine their policies and procedures in order to understand where they may be failing to take into consideration the unique needs of women and girls. [Read the motion here.]

“We are going to spend the next five years … exploring the ways the county, perhaps inadvertently … makes it more difficult for women to thrive,” Kuehl said at a morning news conference on the steps of the Kenneth Hahn Hall of Administration.

The motion noted that young women are staying in school longer, graduating from high school and attending college at higher rates.

“They are becoming world leaders, they are winning the popular vote,” Supervisor Hahn said with a smile.
Solis told those gathered for the news conference that she was once told the best job she could hope for was to be a secretary.

“Let me tell you, secretary of labor is one of the highest ranking positions in the U.S. government,” Solis said, referring to her former post in the Obama administration.

But disparities remain. A disproportionate number of women and girls — nearly 20 percent — are living in poverty, according to a study commissioned by the county and researched by Mount Saint Mary’s University.

There has also been a “huge uptick” — a 55 percent increase since 2013 — in the number of women who are homeless, Kuehl said,

The initiative will mean “justice for children who are living in cars … justice for the women who go through garbage cans to get enough recycling money to pay their rent,” said Beatriz Stotzer, chief executive officer of New Economics for Women, NEW Capital, LLC.

“This critical initiative will address a longstanding blindspot in our policies and services to better address the real-life needs and barriers faced by women and girls,” Kuehl said. “We ask women to juggle work and family, make their scarce resources go farther, and adapt to systems tailored for men. Now it’s time for L.A. County to make the system fair for everyone.”

Supervisor Mark Ridley-Thomas, now the sole man on the five-member county board, threw his support behind the initiative, which he said could be a game changer.”

“Thirty percent of all girls in L.A. under the age of 18 live in poverty” and women earn “84 cents for every dollar a man earns,” Ridley-Thomas said.

That income disparity follows women as they age into retirement and twice as many women than men over the age of 75 live in poverty, according to the motion.

Los Angeles City Councilwoman Nury Martinez, that body’s only female member, added her support, saying that, “Many women woke up on Nov. 9 wondering whether government would honor them … or disrespect them.

I want a world for my daughter that will protect her, protect her body and protect her choices,” Martinez told the board.

That work as a participant includes trying to influence conversations about women at the regional, statewide and national level, applying “a gender lens” when participating with other entities in consortiums, agreements, grants, contracts, partnerships and cross-jurisdictional work.

Solis said she was particularly concerned about girls in foster care, who have teen pregnancies at 2.5 times the rate of other girls, and whose children also tend to end up in the foster care system.
Supervisor Janice Hahn said, “We know we can do better.”

The new council will report back to the board as findings become available, according to Kuehl.

“Although the motion is not prescriptive, given the challenges women face, (potential) recommendations might include policies to make childcare more affordable, close the gap between male and female full-time workers and the gap between full and part-time wages, and expand the availability of sick leave as well as family medical leave,” according to a statement issued by Kuehl’s office.

3 comments for "Supervisors approve initiative on women and girls"