PALMDALE – A man shot and killed a male visitor at his ex-girlfriend’s residence in Palmdale Monday afternoon and then fled the scene, authorities said.Detectives are seeking the public’s assistance in locating the suspected gunman, 52-year-old Gonzalo Apatiga Lopez, who is considered armed and extremely dangerous, according to an LASD Special Bulletin. Lopez was last seen driving a black 2002 Lincoln Navigator, California license plate 7B89645.

The fatal shooting was reported around 3:45 p.m. Monday, May 30, at a trailer park in the 3500 block of East Avenue R in Palmdale, according to a news release from the Sheriff’s Information Bureau.

“Detectives learned that the suspect visited his ex-girlfriend at her residence,” the news release states. “The suspect became upset that a male visitor was at the residence. The suspect brandished a handgun and shot the victim multiple times in the upper torso.”

The victim, a Hispanic male in his 40s, was pronounced dead at the scene, according to the Los Angeles County Coroner’s Office. His name has not yet been released because his next of kin has not been notified.

Anyone with information about the shooting or Lopez’s whereabouts is encouraged to contact sheriff’s homicide detectives at 323-890-5500.

UPDATE: The victim has been identified at Jesus Flores-Garcia, 49, of Palmdale, according to the Los Angeles County Coroner’s Office. 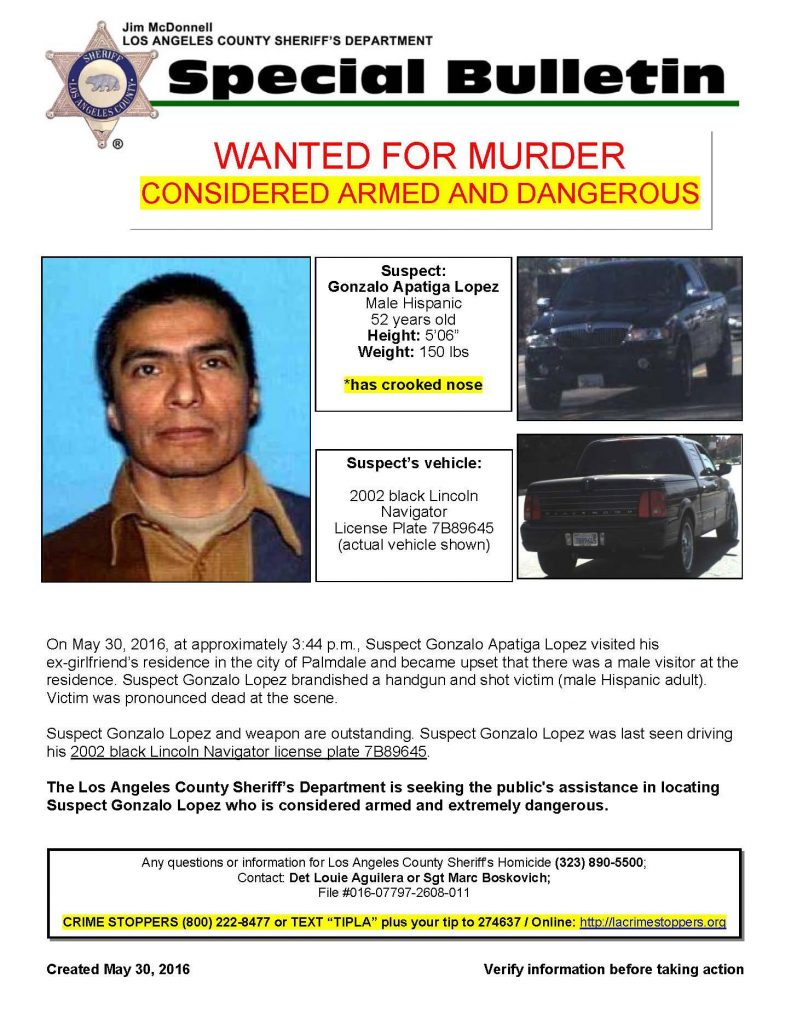 31 comments for "Man shot to death in Palmdale, suspect sought"