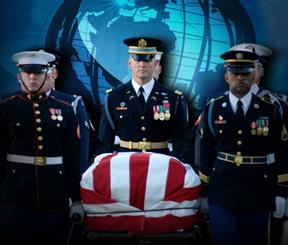 PALMDALE – Ceremonies paying tribute to those who died in service are planned in both Palmdale and Lancaster to mark Memorial Day.

This event is free and open to the public.

The ceremony will include the raising of the colors and Pledge of Allegiance, invocation and benediction by Gary Bassett, National Anthem, Table of Honor Ceremony, laying of wreaths and a salute to veterans. The ceremony will conclude with taps.

Immediately following the ceremony, there will be an observance held at the old Palmdale Cemetery, located at 20th St. East. For more information, call 661-267-5904.

At 9 a.m. Monday, May 30, the Lancaster Cemetery District will host its annual ceremony in the Veterans Court of Honor, located at 111 East Lancaster Boulevard.

The ceremony will include the raising of colors and Pledge of Allegiance by Antelope Valley Young Marines, National Anthem by Alyssa Archuleta, placing of the Memorial Wreaths by Lancaster Cemetery District Trustees and a Bell Ceremony by Navy Veteran Phil Roberts and Cemetery Manager Dayle DeBry.

The Lancaster ceremony is also free and open to the public. View the entire program here.