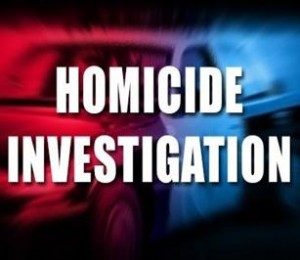 LANCASTER – A 5-month-old baby boy died at a hospital early Saturday morning from injuries suffered earlier this week in Lancaster, allegedly at the hands of a babysitter who is being held in lieu of $1 million bail, the Los Angeles County Sheriff’s Department reported.

Deputies and county fire department personnel responded about 5:20 p.m. Tuesday, March 22, to a report of a baby not breathing in the 43400 block of Gadsden Avenue. When they arrived, the child’s mother told them the baby wasn’t breathing, according to a news release from the Sheriff’s Information Bureau.

“Paramedics arrived and the victim was transported to a local hospital where he was being treated for serious head trauma and bruising to the upper torso,” the news release states.

The child, whose name has not been released, succumbed to his injuries about 12:50 a.m. Saturday, March 26.

On the day the child was injured, sheriff’s Special Victims Bureau detectives arrested 30-year-old Brittany Ingrassi of Lancaster, a long-time friend of the victim’s father who had been babysitting when the boy was hurt, on suspicion of cruelty to a child likely to produce great bodily injury or death, sheriff’s officials said.

Ingrassi was arraigned on that charge earlier this week.

It’s unclear if she entered a plea, but additional charges will be filed as a result of the baby’s death, according to the sheriff’s department.

Ingrassi is being held at the Century Regional Detention Facility in Lynwood and is due in court in Lancaster on April 15, according to sheriff’s inmate records.

An earlier court appearance may be required upon the filing of additional charges.

Anyone with information about this incident is encouraged to contact Detective Baljet or Sergeant Ewing of the Los Angeles County Sheriff’s Department’s Homicide Bureau  at 323-890-5500. Anonymous tips can be provided through Crime Stoppers by calling (800) 222-TIPS.

UPDATE: The deceased child has been identified as Aiden Lopez, according to the Sheriff’s Department.  View the LASD advisory below. 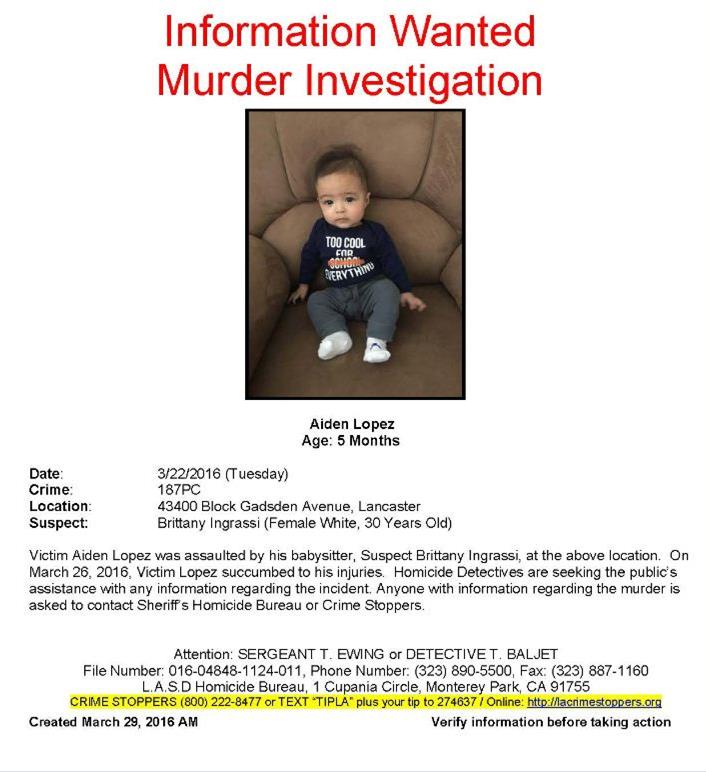