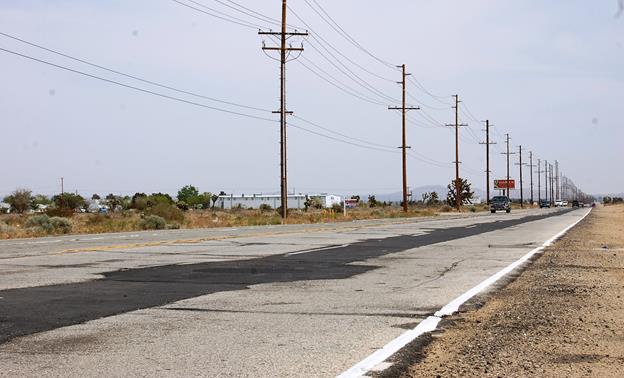 The project is part of the sewer project that was recently completed to bring lines to the 600-acre parcel owned by the city where the Palmdale Power Plant and a future business park will be constructed.

“Since our work crews were there doing the resurfacing work on the areas that were trenched for the sewer lines, it made good logistical and fiscal sense to include the immediate areas of the project area in the resurfacing,” said Director of Public Works Mike Mischel.