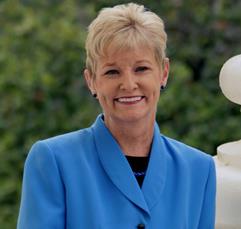 SACRAMENTO – Senator Sharon Runner (R-Lancaster) has called upon the California Department of Corrections and Rehabilitation (CDCR) to provide insight into its decision to terminate enforcement of the uniform sex offender residency restrictions under Jessica’s Law.

“I was alarmed by CDCR’s sweeping decision to stop enforcing the people’s will as expressed in Jessica’s Law,” Runner stated in a news release. “The residency restrictions in Jessica’s Law provide important peace of mind for California’s families.”

Runner specifically demanded the release of an unpublished opinion from Attorney General Harris used by CDCR to justify the policy change.

In a letter to CDCR Secretary Jeffrey Beard, Runner writes: “The public, the press and the Legislature have a right to a transparent explanation of the Department’s position. For the sake of transparency, it is imperative that you release the opinion of the Attorney General without delay!” [Read the letter here.]

Runner is also working on legislation that will clarify any confusion caused by the decision of the California Supreme Court regarding CDCR’s enforcement of sex offenders in San Diego County. Currently she is working on building a coalition of support for a legislative remedy that keeps the integrity of Jessica’s Law intact.

“As an author of Jessica’s Law, I continue to stand behind the package of reforms that have made California’s communities safer,” Runner stated.

Runner authored voter-approved Jessica’s Law along with her husband, Board of Equalization Vice Chair George Runner, in 2006. In addition to mandatory residency restrictions for sex offenders, the law includes public safety reforms such as strengthened sexually violent predator laws and increased parole terms.

The California Supreme Court’s decision in early March and the recent CDCR policy change only relates to the residency requirements in Jessica’s Law.