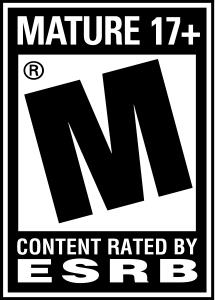 What makes children and adults violent? An easy solution to that question is violent video games.

First-person shooters, blood and guts, and strong language can all add up in violent games, making teenagers more aggressive.

Most of the times, children have these games because of failure of the parent to pay attention and please their children. Parents may be unaware of the violence in the games.

“Studies have highlighted the increase in disregard for video game content ratings, as shown by Dr. David Walsh, who published in 2000 that 90% of teenagers claim that their parents ‘never’ check the ratings before allowing them to rent or buy video games. With this rejection of independent reviews on video games, questions regarding where the blame lies, and what this exposure means for gamers who play above their age bracket are becoming more and more frequent.” (Egan, Video Games Content Rating: Does Anyone Care? http://the-artifice.com/film)

People can say they don’t get affected by such violent games – but when they’re at home, that’s another world. Due to a lot of peer pressure, some kids may be encouraged to play violent video games. They just want to be cool, but that will affect their life.

Any person can get affected by this. So it is smart to stay at age-level games. Once players are old enough, it’s their choice to play violent games – just know that the consequences of these games can be violent behavior. The most important job for parents is to check the games first before purchasing.

In some cases, violent games can affect a person’s behavior; not all cases though. It is possible that nonviolent games can make a person more aggressive, as well. When they get too attached and get too grounded, it can force them to throw tantrums and/or hurt others.

Ultimately, we need to show children that there is more stuff to do than video games.