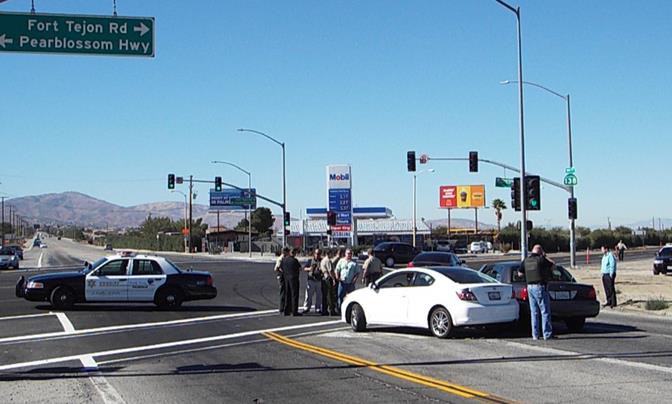 PALMDALE – Emergency vehicles were called to the scene, but no one was transported Friday after a driver lost control in a local intersection and crashed into a unmarked Los Angeles County Sheriff’s car, authorities said.

The collision was reported around 11:45 a.m. at Fort Tejon Road and Pearblossom Highway, according to Palmdale Community Relations deputy Jodi Wolfe.

A Palmdale Sheriff’s detective was headed westbound on Pearblossom Highway and was stopped at the traffic signal at Fort Tejon Road, Wolfe said.

The driver of a white Toyota Scion, headed southbound on Fort Tejon Road, was attempting to make a left turn on the green arrow, according to Wolfe.

“During that left turn he lost control of his vehicle, spinning it around and hitting the detective car at the stoplight,” Wolfe said.

No injuries were reported, Wolfe added.

5 comments for "No injuries reported in deputy-involved crash"