PALMDALE – The California High Speed Rail Authority will host a meeting this Thursday in Palmdale to provide the public an opportunity to learn about the project, ask questions and submit feedback.

The public scoping meeting will take place from 5:30 to 7:30 p.m., Thursday, August 7, at the Chimbole Cultural Center, located at 38350 Sierra Highway in Palmdale.

The Palmdale meeting is part of a series of meetings scheduled at various locations to gather public input on proposed alignments for two segments of the overall project: the Palmdale to Burbank section and the Burbank to Los Angeles section. 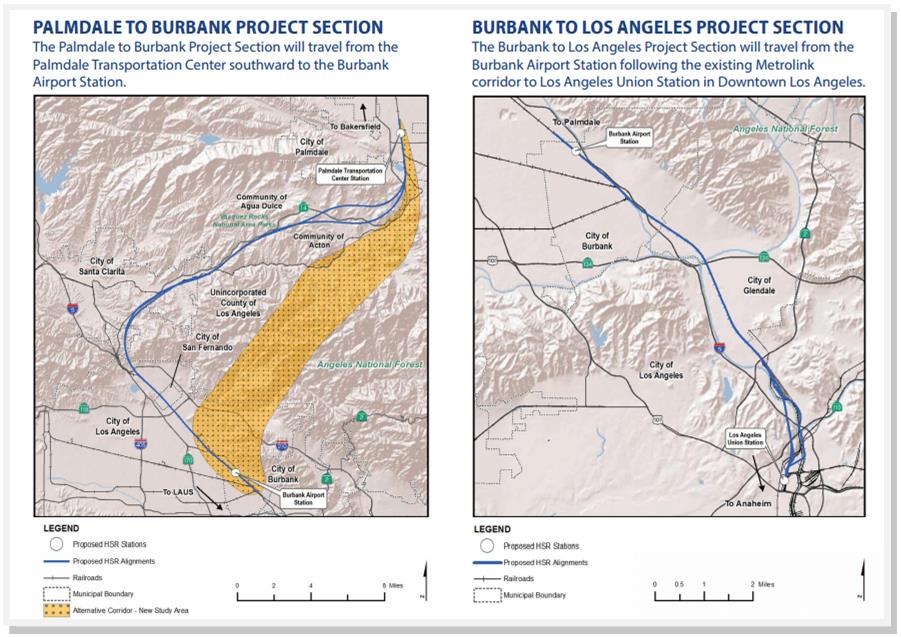 Public scoping comments will be accepted until August 31, 2014.

Comments can be mailed to:

Comments can be emailed to:

Please specify the project section in the subject line of the email.

About the California High-Speed Rail Authority

The California High-Speed Rail Authority is responsible for planning, designing, building and operation of the first high-speed rail system in the nation. California high-speed rail will connect the mega-regions of the state, contribute to economic development and a cleaner environment, create jobs and preserve agricultural and protected lands. By 2029, the system will run from San Francisco to the Los Angeles basin in under three hours at speeds capable of over 200 miles per hour. The system will eventually extend to Sacramento and San Diego, totaling 800 miles with up to 24 stations. In addition, the Authority is working with regional partners to implement a state-wide rail modernization plan that will invest billions of dollars in local and regional rail lines to meet the state’s 21st century transportation needs.