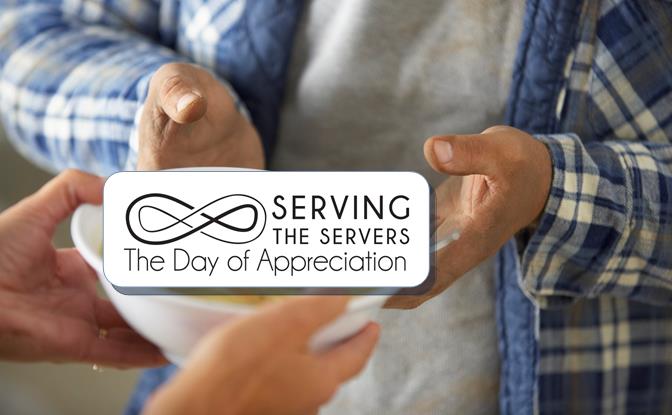 LANCASTER —  A group of local homeless people will be giving back this Saturday to the kind-hearted volunteers who serve them meals each day.

“Serving the Servers: The Day of Appreciation” will be held at 12 p.m. Saturday, July 19, at Grace Resource Center, located at 45134 Sierra Highway in Lancaster.

Assisted by the Light of Love Mission Church of Pasadena, about 30 local homeless people will be serving a quality lunch, including barbecue ribs, potato salad, desserts, and drinks, to dozens of volunteers from area churches. The meal will be prepared by professional cooks from the Light of Love Mission Church and served by local homeless people, according to the event’s organizer.

The 25-year-old Good Samaritan said he preferred to stay anonymous so that the focus would stay on the local homeless population’s efforts to give back. He said it was homeless men and women who wanted to give back to their community; the church just facilitated the effort.

“We want people to know that the homeless people are not hopeless people. They’re doing something,” the event organizer said. “People have these stereotypes about the homeless, that they’re lazy, they’re alcoholics and drugs addicts – and some of them are – however, we want people to know that homeless people also can do meaningful and great things for the members of the community that serve them. That’s the message that we want to send.”

The group has also created a “Thank You” video, featuring several local homeless people saying thank you to those who serve them on a daily basis. The “Thank You” video will be screened at Saturday’s luncheon.

5 comments for "Local homeless “Serving the Servers” this Saturday"