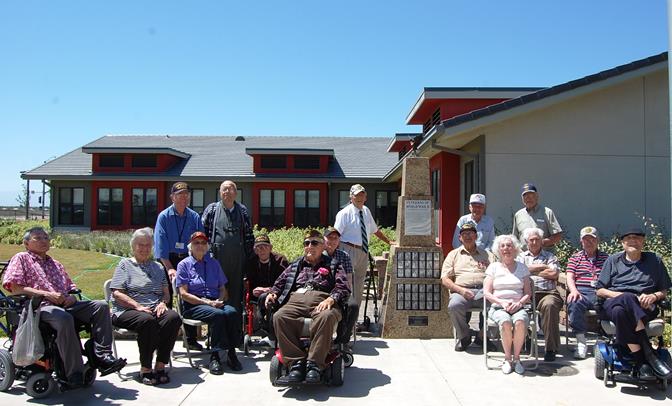 LANCASTER – The Lancaster Veterans Home dedicated their Veterans Memorial on Friday, June 6 to commemorate the 70th anniversary of the D-Day invasion that led to the defeat of Nazi Germany in World War II.

The monument, which sits in front of the Veterans Home at 45221 30th Street West in Lancaster, features pictures of every World War II veteran who has lived in the William J. “Pete” Knight Veterans Home of California—Lancaster.

“They have preserved the freedoms and democracy for all Americans,” the monument reads.

“We have intended for this monument to be a Veterans Memorial for all those men and women who served our country in the uniformed armed services, Army, Navy, Air Force, Marines and Coast Guard,” Andrews added.

The Memorial was built with donations from Home Depot, Lancaster VFW Post 7283, and residents of the Lancaster Veterans Home.