PALMDALE – Dick’s Sporting Goods will be moving into the Antelope Valley Mall next year, Palmdale City officials announced at a press conference Wednesday.

“Having Dick’s Sporting Goods come to the mall, it solidifies Palmdale’s role as the premier shopping destination in the Antelope Valley, certainly in the entire high desert region,” said Palmdale Mayor Jim Ledford.

Dick’s will occupy a portion of the former Harris/Gottschalk’s building, which has been vacant since 2009, according to Tricia Granger, Marketing Director for the AV Mall. She said the 113,000-square-foot space was purchased in February by Forest City Enterprises, the parent company to the AV Mall.

Founded in 1948, Dick’s has more than 500 stores nationwide. The Fortune 500 American corporation is family-owned and operated. Read more about Dick’s here.

“God bless Dick’s for coming to Palmdale because they are that store that, if you want something in sports, Dick’s has it,” said State Senator Steve Knight. “It’s just another addition to our great mall… it’s just another reason why we don’t have to go over the hill.”

Along with the opening of the new Dick’s Sporting Goods, there will be other improvements to the Antelope Valley Mall come next fall. Plans are underway to renovate the entrance plaza, Granger said.

“The renovation will include a new water feature… as well as new trees, new plants, and an entertainment stage,” Granger said. “We’ll be able to welcome local entertainment to come out and sing and perform for the community.”

“It’s just one more reason you don’t need to leave the Antelope Valley to do your shopping,” Ledford said. “You can all shop locally, it’s all right here in the city of Palmdale.” 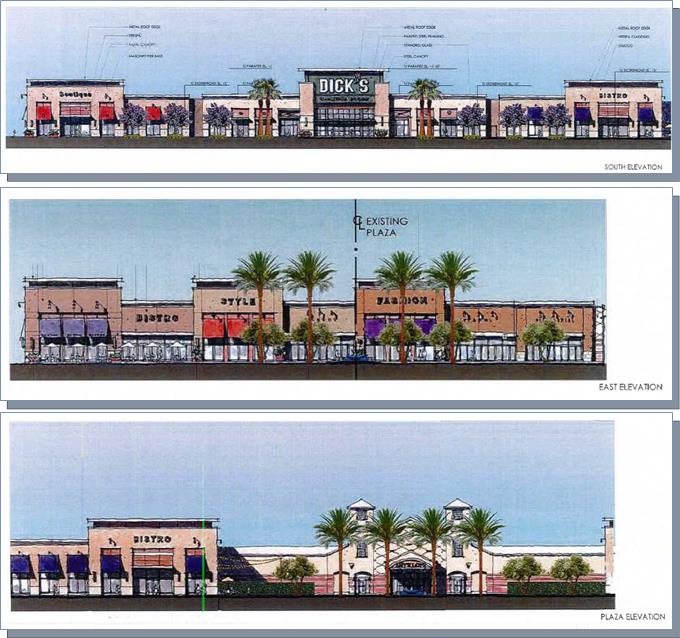