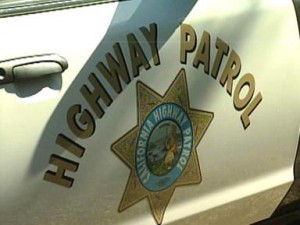 In an effort to curb motor vehicle deaths and injuries, the California Highway Patrol on Tuesday launched an enforcement and public education campaign targeting speeding and aggressive driving.

According to the CHP’s Statewide Integrated Traffic Records System (SWITRS), approximately one third of all fatal and injury collisions in California are a direct result of unsafe speed.

With the support of a federal traffic safety grant, “Reduce Aggressive Driving Incidents and Tactically Enforce Speed (RADIATES) II,” the CHP is determined to educate motorists about the dangers of aggressive driving and take appropriate enforcement action.

“Through this grant-funded education and enforcement campaign, the CHP will target motorists who speed and display aggressive behavior behind the wheel to help prevent dangerous driving and deadly collisions,” said CHP Commissioner Joe Farrow.

Preliminary SWITRS data for 2011 shows more than 48,600 total collisions attributed to unsafe speed. Improper turning led to more than 22,100 collisions, while driving on the wrong side of the road resulted in more than 5,700 crashes. These aggressive driving behaviors contributed to the more than 1,100 people killed and an additional 106,494 others injured.

The primary goal of this grant is to reduce by 5 percent the number of fatal and injury traffic collisions where speed, improper turning, and driving on the wrong side of the road are primary collision factors. To achieve this goal the CHP will combine an active public awareness campaign with enhanced enforcement.

“We are dedicated to saving lives throughout the state,” added Commissioner Farrow. “This grant will help reinforce our traffic safety efforts through additional education and enforcement statewide.”

The mission of the California Highway Patrol is to provide the highest level of Safety, Service, and Security to the people of California.