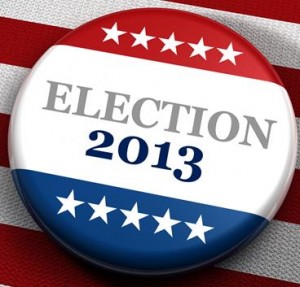 PALMDALE – Trial Judge Mark Mooney on Monday granted a preliminary injunction stating that Palmdale’s upcoming City Council election must be canceled. The City of Palmdale plans to immediately file an appeal and seek an emergency ruling, officials announced in a press release.

Currently, absentee ballots are in circulation to voters and some have already been cast.  However, this ruling would prevent tabulation and certifying the vote outcome.

“Since Palmdale’s election has already begun, we encourage those who have received their absentee ballots to vote and mail in their ballots,” said Palmdale City Attorney Matthew Ditzhazy. “The City of Palmdale wants to protect the Constitutional rights of its residents to have their voice heard through the voting process.”

“We regard this as a wildly unprecedented and radical ruling,” Ditzhazy said. “There has never been a reported case in California where a superior court judge has enjoined a regularly scheduled election five weeks before people are scheduled to go to the polls.”

City officials say not only is this ruling without precedent, but it is contrary to the Elections Code provisions set forth by the Legislature. While the Code does provide the exclusive means for a judge to interfere with an election, it also requires that the ruling would not “substantially” interfere with the conduct of the election. The California Voting Rights Act, which has never been ruled on before and the complex provisions which have never been interpreted, has resulted in the elimination of the election for more than 153,000 Palmdale residents.

“This ruling is not only highly unusual, it strikes at the heart of our republic, directly thwarting the will of the people,” Ditzhazy said. “Our City will immediately appeal the decision to fight for the rights of voters to voice their opinion.”

“Equally as perplexing is the fact that by halting the election, it will prevent what the voting rights lawsuit intended to do,” stated Ditzhazy. “Four candidates – Tom Lackey, Fred Thompson, Sir Daniel Duplechan, and Richard Loa – are vying for two seats. Three of the four candidates are minorities. That means at least one and possibly two minority candidates would be elected to the Palmdale City Council in November if the election were held.”

Under the ruling the current council, which was elected at large, will remain seated until the future election is held.