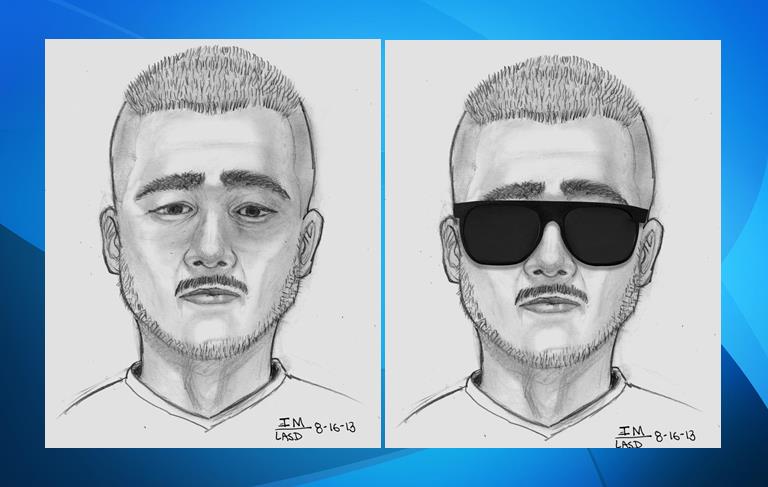 LANCASTER – Lancaster Sheriff’s Station has released a composite sketches of the suspect who tried to lure an 11-year-old girl into his vehicle on Thursday, as the girl was walking home from New Vista Elementary School (753 East Avenue K-2, Lancaster, CA 93535).

According to detectives, around 10:20 a.m. on August 15, the suspect approached the child near the intersection of Avenue K and Challenger Way and attempted to entice the child into his vehicle.

The child rejected the attempts and continued walking eastbound on Avenue K.  A passing motorist observed the interaction and became concerned for the child’s safety. The motorist made a U-turn and the suspect sped away, apparently in response to motorist’s presence.

The motorist saw the victim was clearly frightened, so she drove the victim home and subsequently notified law enforcement.

The suspect is described as a middle-aged Hispanic male with a thin build and a moustache. He was driving a white compact vehicle at the time of the incident.

Anyone with information regarding this incident is urged to contact Detective Melissa Sullivan at 661-940-3857.