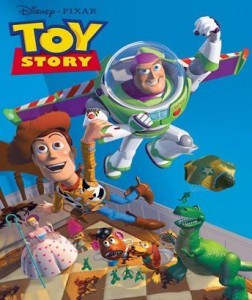 PALMDALE – “Toy Story” ushers in the return of the popular “Family Movie Nights” to the Palmdale Amphitheater this coming Friday (July 26).

The gates will open at 6:30 p.m. and the movie starts at dusk. Families will be allowed to bring picnic dinners and non-alcoholic beverages to Family Movie Nights. Tickets are $2, with kids 12 and under admitted free.

“We’re thrilled to bring back movie night by popular demand,” said Palmdale’s Recreation Supervisor Annie Pagaliaro. “We’ll be showing four kid-friendly films, starting with ‘Toy Story,’ that will provide a great opportunity for families and friends to spend some quality time together.”

The star of the “Toy Story” is Woody, a pull-string cowboy toy belonging to a wide-eyed boy named Andy. Whenever Andy’s out of the room, Woody revels in his status as the boy’s number one toy. His supremacy is challenged by a high-tech, space-ranger action figure named Buzz Lightyear, who, unlike Woody and his pals, believes that he is real and not merely a toy. The rivalry between Woody and Buzz hilariously intensifies during the first half of the film, but when the well-being of Andy’s toys is threatened by a nasty next-door neighbor kid named Sid — whose idea of fun is feeding stuffed dolls to his snarling dog and reconstructing his own toys into hideous mutants — Woody and Buzz join forces to save the day.

“At each movie, we’ll host a ‘Care with Cans’ Food Drive,” said Pagliaro.  “For each canned food item you donate, you’ll receive a raffle ticket for some great prizes. The Food Drive will benefit the South Antelope Valley Emergency Services (SAVES).”