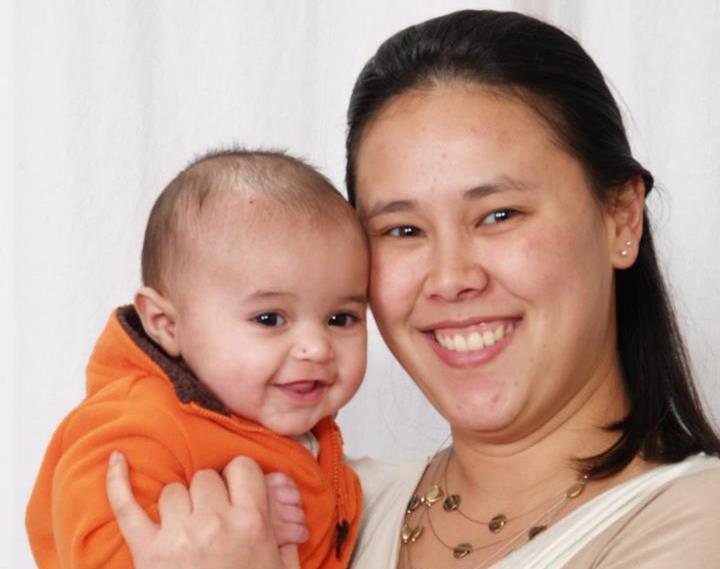 PALMDALE – There will be a local tribute this Saturday for Air Force Capt. Victoria Pinckney, the Palmdale High School graduate who was killed in the line of duty earlier this month.

Organizers are asking attendees to wear purple in honor of Victoria, because that was her favorite color.

Capt. Victoria Pinckney and two other airmen supporting Operation Enduring Freedom were killed on May 3, after their KC-135 aircraft crashed near Chon-Aryk Kyrgyzstan.

At the time of the accident, Capt. Pinckney was deployed from the 376 Air Expeditionary Wing, part of the 22nd Air Expeditionary Squadron, and assigned to her home unit the 93rd Air Refueling Squadron in Fairchild Air Force Base in Washington. The cause of the crash is still under investigation.

Capt. Pinckney, or Tori (as she was known by her family and friends), was a beloved daughter, devoted wife, and loving mother to her seven-month-old son.

She was a member of the Academic Pentathlon at Mesa Intermediate School and graduated from Palmdale High School in 2003.

Driven by a love of flying, she obtained her pilot license while in high school, and then joined the Air Force immediately after high school, according to close friends.

After graduating from the Air Force Academy, she married her husband three days later.

Victoria is survived by her husband, Richard Pinckney, and her son, Gabriel, both of Spokane Washington. She is also survived by her parents, Michelle and Larry Castro; two sisters, Nichol and Samantha Castro; grandparents, Terry and Don Castro and Josephine and Emil Grulkowski; and numerous aunts, uncles and cousins.

2 comments for "Tribute this Saturday for Air Force Capt. killed in plane crash"