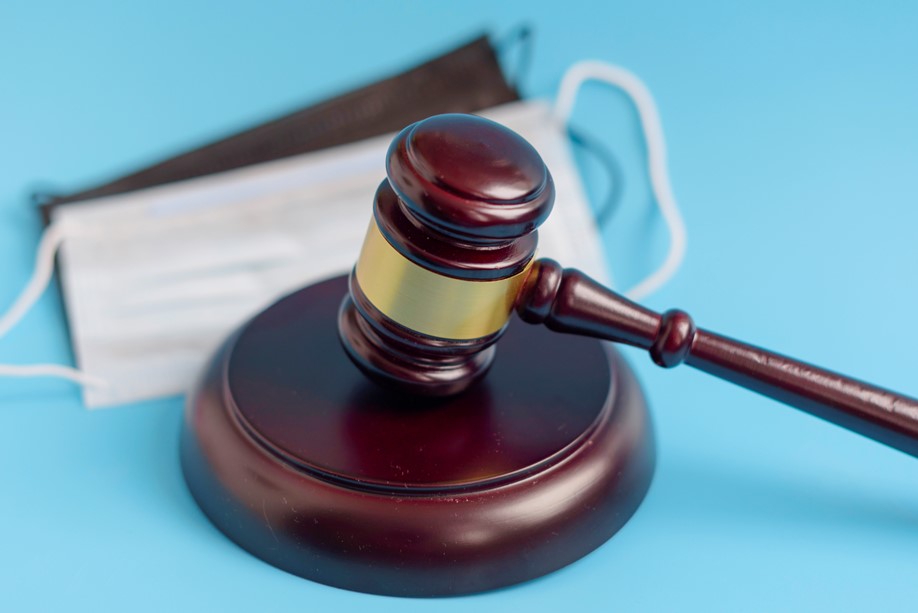 United Airlines Inc. has responded to a lawsuit by a 48-year-old former UA pilot who alleges he was wrongfully fired in 2021 for not getting the coronavirus vaccination, stating in new court papers that the plaintiff was actually never terminated and that the vaccination policy was fairly applied.

In his lawsuit filed Nov. 28 in Los Angeles Superior Court, plaintiff Andrew Risk states that he lost his job even after he presented evidence his doctor warned him that getting the shot while he recovered from the malady could impact his health. His allegations include wrongful termination, retaliation, discrimination, harassment, failure to accommodate and engage in the interactive process and intentional infliction of emotional distress.

In court papers filed Tuesday, Dec. 27, UA attorneys deny the airline has any liability and say that Risk was never fired.

“(Risk) did not suffer any harm or damages and even if (he) did, defendants did not cause such harm or damages,” the UA lawyers maintain in their court papers.

Risk did not cash his longterm disability checks despite being repeatedly told that he was still employed and eligible for longterm disability, the UA attorneys state in their court papers. In addition, UA’s COVID-19 vaccination policy for “customer-facing employees” such as Risk was uniformly applied to all company employees, the airline’s attorneys further state in their court papers. UA has “suitable anti-discrimination and anti-harassment policies” and takes steps to prevent all discrimination and harassment or any other allegedly wrongful conduct, according to the UA attorneys’ court papers.

“(Risk’s) complaint is barred because he unreasonably failed to take advantage of the preventive and corrective opportunities provided by United,” the UA lawyers argue in their court papers.

According to Risk’s lawsuit, he was hired in September 2007, and in August 2021 he contracted the coronavirus, causing him to suffer losses of taste and smell as well as have difficulty in breathing. His scheduled flights were canceled and a UA nurse told him he could not resume his job until his sense of smell returned because such a loss is a safety concern when flying, the suit states. The next month, Risk was told by an aviation medical examiner that he still was not ready for medical clearance due to COVID-related breathing and lung issues, so Risk was placed on a leave of absence, the suit states. The doctor told him he could not obtain the coronavirus vaccination despite a company mandate because he was still experiencing COVID-19 symptoms, according to the suit.

Risk subsequently sent an email to the Los Angeles International Airport Base chief pilot explaining with documentation that he could not be vaccinated because his doctor told him it could affect his health, the suit states. Risk received a response the next day and was told to attend a meeting in October 2021 concerning his vaccination status, the suit states. The meeting was canceled, but UA later sent emails to employees stating that all of them had to get the coronavirus shots by November 2021, the suit states. Risk applied for an exemption to the mandate, the suit states.

Risk’s exemption application was initially accepted, but later denied, according to the suit. When Risk asked the assistant chief pilot to resolve the issue, the latter said that UA was “coming down on people that were not vaccinated,” the suit states. Subsequent meetings with members of the UA corporate division failed to resolve the issues and Risk received a letter last Dec. 16 that he was being fired despite his having provided evidence that getting vaccinated could impact his health, the suit states.

The suit alleges UA wrongfully fired Risk instead of allowing him to remain on leave while he recovered.