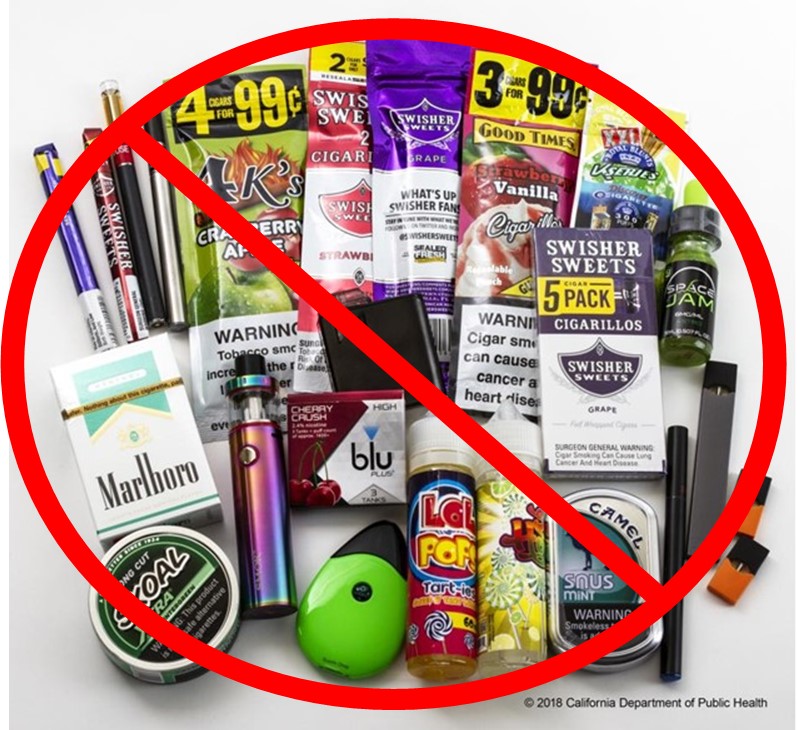 Voters will have the final say Tuesday on whether the sale of most flavored tobacco products will be banned in California.

The bill prohibits store sales of flavored e-cigarettes and other e-devices, menthol cigarettes, non-premium flavored cigars and cigarillos, and other flavored smokable, vapable and smokeless tobacco products, with the exception of shisha tobacco used in hookahs, loose-leaf pipe tobacco and premium cigars costing $12 or more. However, the tobacco industry-funded group, California Coalition for Fairness, conducted a signature-gathering drive to suspend the law from going into effect and force a referendum on whether it should become law.

The group called SB 793 unfair and claims it “goes too far.” “We agree that youth should never have access to any tobacco products, but this can be achieved without imposing a total prohibition on products that millions of adults choose to use,” according to the coalition. The drive surpassed obtaining valid signatures from 623,212 registered voters — 5% of the total votes cast for governor in the November 2018 general election — the number needed to qualify it for ballot on the next statewide general election.

Former Sen. Jerry Hill, SB 793’s author, said voters should vote yes on Proposition 31 to affirm SB 793 “because it’s consistent with our values of promoting good health and protecting our youth from the deceitful, manipulative and greedy tobacco industry which kills thousands a year.”

Passage of Proposition 31 would result in decreased state tobacco tax revenues ranging from tens of millions of dollars to around $100 million annually, according to the Legislative Analyst’s Office, which provides nonpartisan analyses of the state budget and other bills.

The campaign on behalf of Proposition 31 has received $45.5 million in contributions from former New York City Mayor Michael Bloomberg and $1.1 million from the Kaiser Foundation Health Plan, according to the Secretary of State’s Office. The campaign opposing it received $11.2 million in contributions from the R.J. Reynolds Tobacco Co. and its affiliates and $10.9 million from Philip Morris USA Inc. and its affiliates.

The sale of tobacco products to people under 21 years old is banned by federal law.