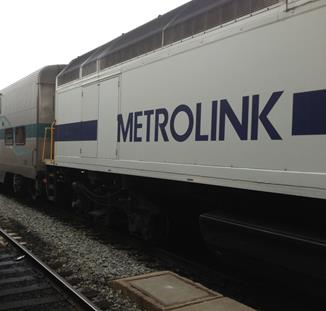 Metrolink and Amtrak are bracing for potential large-scale disruptions in service because of a potential nationwide rail strike that could begin as soon as midnight Friday, Sept. 16, which would force commuters to seek alternative modes of transit.

Several unions representing tens of thousands of rail workers are at an impasse with railroad companies, seeking more predictable schedules and work conditions. Of the 12 unions, nine had agreed to tentative deals as of Wednesday, Sept. 14, while the others remained at the bargaining table.

Metrolink and Amtrak are not directly involved in the negotiations over the looming strike, but a strike would have an impact on service.

Metrolink will cancel some or all trains in Orange, Ventura and Riverside counties beginning at 8 p.m. Thursday, Sept. 15, if a deal is not reached by that evening. All Ventura County Line services would operate only between Los Angeles and Moorpark, and Metrolink would offer alternate transportation beyond Moorpark.

In Orange County, passengers would be able to ride Amtrak between Oceanside and Fullerton at no additional charge, with bus service connecting Fullerton to Los Angeles. “We hoped the parties would have reached a resolution at this point, but unfortunately not all have,” Metrolink said in a statement Wednesday.

A full list of possible Metrolink cancellations can be viewed at https://bit.ly/3eSJNNn.

Amtrak announced that it would cancel long-distance trains beginning Thursday, Sept. 15, including routes beginning in Chicago, Seattle and New Orleans with a final destination in Los Angeles.

“While we are hopeful that parties will reach a resolution, Amtrak has now begun phased adjustments to our service in preparation for a possible freight rail service interruption later this week,” Amtrak said in a statement Wednesday. “Such an interruption could significantly impact intercity passenger rail service.”