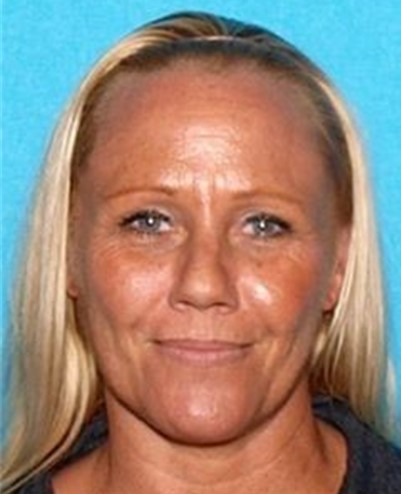 Sheriff’s detectives are asking for the public’s help to find a 55-year-old woman suffering from depression who went missing.

Kim Dianne Manfredonia was last seen at about 12:30 p.m. Friday, Aug. 26, in the 45000 block of 32nd Street West in Lancaster, according to the Los Angeles County Sheriff’s Department.

Manfredonia is white, stands 5-feet-3 inches tall and weighs an estimated 140 pounds. She has a pony tail and blue eyes, the LASD reported.

Manfredonia may be driving a 2022 white Civic Yukon with California plate number 9AQZ749, according to the LASD. 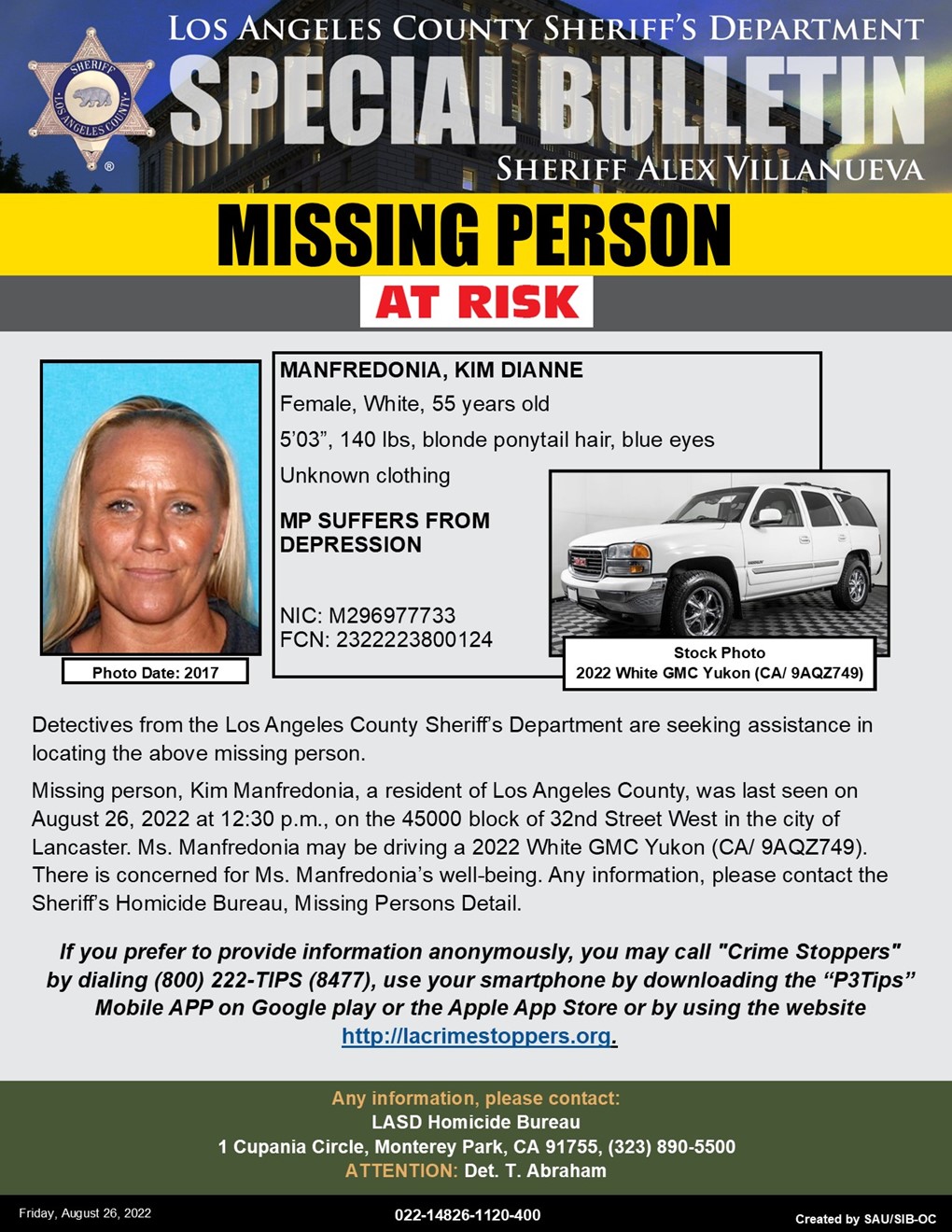