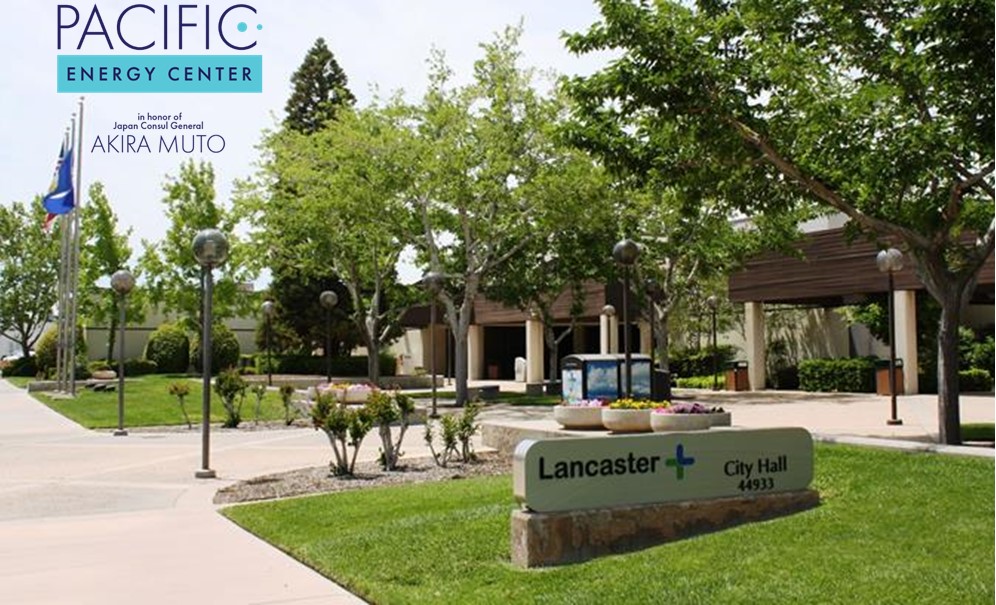 The PAEC forms part of a larger hydrogen ecosystem being developed by the city of Lancaster. “Pacific ” is representative of the connection between Namie, Japan and Lancaster through the Pacific Ocean. In the logo, the hydrogen atom at the end of pacific is reflective of the hydrogen connection across the pacific between two unlikely partners and their committment to creating a more sustainable future.

“Muto-san has been a steadfast and reliable partner for Lancaster. Our green energy projects and partnerships, especially for hydrogen, would not have been possible without his support and assistance in building relationships between Lancaster and various ministries and agencies of the Government of Japan,” said Lancaster Mayor R. Rex Parris. “The Pacific Energy Center is an important step in Lancaster’s Hydrogen Master Plan that advances our timeline to become the first Hydrogen City in the United States.”

Akira Muto has served as the Consul General of Japan in Los Angeles since 2019.

Muto was instrumental in the development of the city’s Green Energy Microgrid (GEM) system at Lancaster City Hall with Choshu Industries. The partnership will integrate Choshu’s “SHiPS,” a containerized hydrogen production and refueling station system, and “MizTomo,” a stationary fuel cell power system.

“Muto-san’s contributions to the city of Lancaster will live on through the clean energy provided by the Pacific Energy Center for future generations that call Lancaster home,” Parris said.