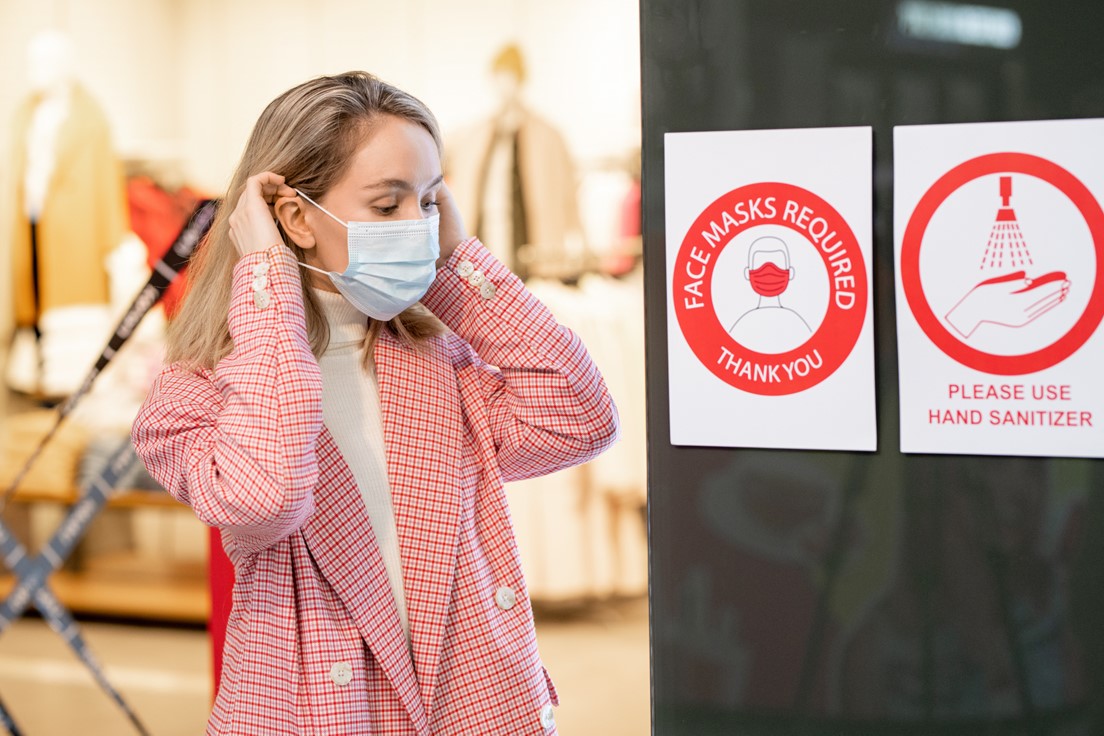 Updated COVID-related hospitalization numbers released Thursday, July 22, show Los Angeles County remains on track to have another indoor mask-wearing mandate implemented by the end of next week, but daily numbers of new cases may be leveling off.

Los Angeles County moved into the “high” level of COVID-19 community activity last week, when the average daily rate of virus-related hospital admission rose to 10.5 per 100,000 residents, surpassing the threshold of 10 per 100,000. On Thursday, county Public Health Director Barbara Ferrer said the admission rate over the past week rose to 11.4 per 100,000.

Absent a major reduction in hospital numbers over the next week, the county will likely still be in the “high” category on July 28, triggering a new indoor mask mandate beginning July 29. The move appears inevitable, although Ferrer offered a slim glimmer of hope that things might change. She noted that the rate of 11.4 admissions per 100,000 is only slightly above the threshold of 10 per 100,000, so things could change.

Although dozens of counties in California are also in the “high” virus-activity category, Los Angeles County is the only county considering a mask mandate. Ferrer again defended the move Thursday, saying the virus is continuing to disproportionately impact Black, Latino and low-income residents, and it is causing severe illness among some patients. She said wearing a mask is a simple and effective way to help curb transmission.

“We feel like, unfortunately, for some people this is still a virus that can cause a fair amount of devastation,” Ferrer said during an online media briefing. “At this point, we have tried to ask people to make their own decision about masking … and that hasn’t been very successful. We think many more people are likely to go ahead and put on those masks (if a mandate is issued).”

Ferrer acknowledged a lack of any formalized enforcement plan, saying the county relies primarily on education in hopes of convincing people to wear face coverings. She also said the county does not expect business owners to become enforcement agents.

“We rely heavily on people understanding why it’s important for us to add in this layer of protection at this point, and most people in the past have gone ahead and been compliant,” Ferrer said. “We’ll continue to work with everyone and make sure there’s good information.”

She noted that during previous mandates, very few businesses were cited for violations.

The county reported 8,691 new COVID cases on Thursday, July 21, raising the overall total from throughout the pandemic to 3,245,259. Another 18 deaths were also reported, giving the county a cumulative death toll of 32,584. The average daily rate of people testing positive for the virus was 16.4%.

Ferrer noted that despite Thursday’s high daily number of new cases, the average daily number over the past week was about 6,700 per day, roughly the same as the previous week, indicating a possible leveling off of new infection numbers. She said the county will continue to monitor the numbers to see if the trend continues.

Daily numbers reported by the county are believed to be an understatement of actual virus activity in the county, due to residents’ growing use of at-home tests, the results of which are often not reported to health officials.

According to state figures, there were 1,329 COVID-positive patients in county hospitals as of Thursday, up slightly from 1,328 on Wednesday. Of those patients, 142 were being treated in intensive care, up from 137 a day earlier. If a new mask mandate takes effect, it will remain in place until the county falls back to the “medium” virus-activity category for two weeks.