LANCASTER – An 18-year-old woman who authorities say has autism and anxiety, and has a limited mental capacity was reported missing Tuesday in Lancaster.

Valerie Marie Mora, aka “Chucky,” was last seen at 8 p.m. Sunday, June 26, on the 45000  block of 18th Street East in Lancaster, according to a news release from the Sheriff’s Information Bureau.

Mora is Latina, 5 feet, 7 inches tall, weighs 120 pounds, has red/brown shoulder length hair and green eyes. Mora has braces and a one inch scar on her right hand. She was last seen wearing a black hoodie, black sweats and a colorful necklace with a brown handbag.

“Valerie suffers from anxiety, autism and has limited mental capacity. Ms. Mora may have a destination of Palmdale. Her family is concerned for her well-being and asking for the public’s help,” the sheriff’s news release states.

Anyone with information about Mora or her whereabouts is encouraged to call  the Sheriff’s Homicide Bureau at 323-890-5500. Anonymous tips can be called in to Crime Stoppers at 800-222-8477 or submitted online at lacrimestoppers.org. 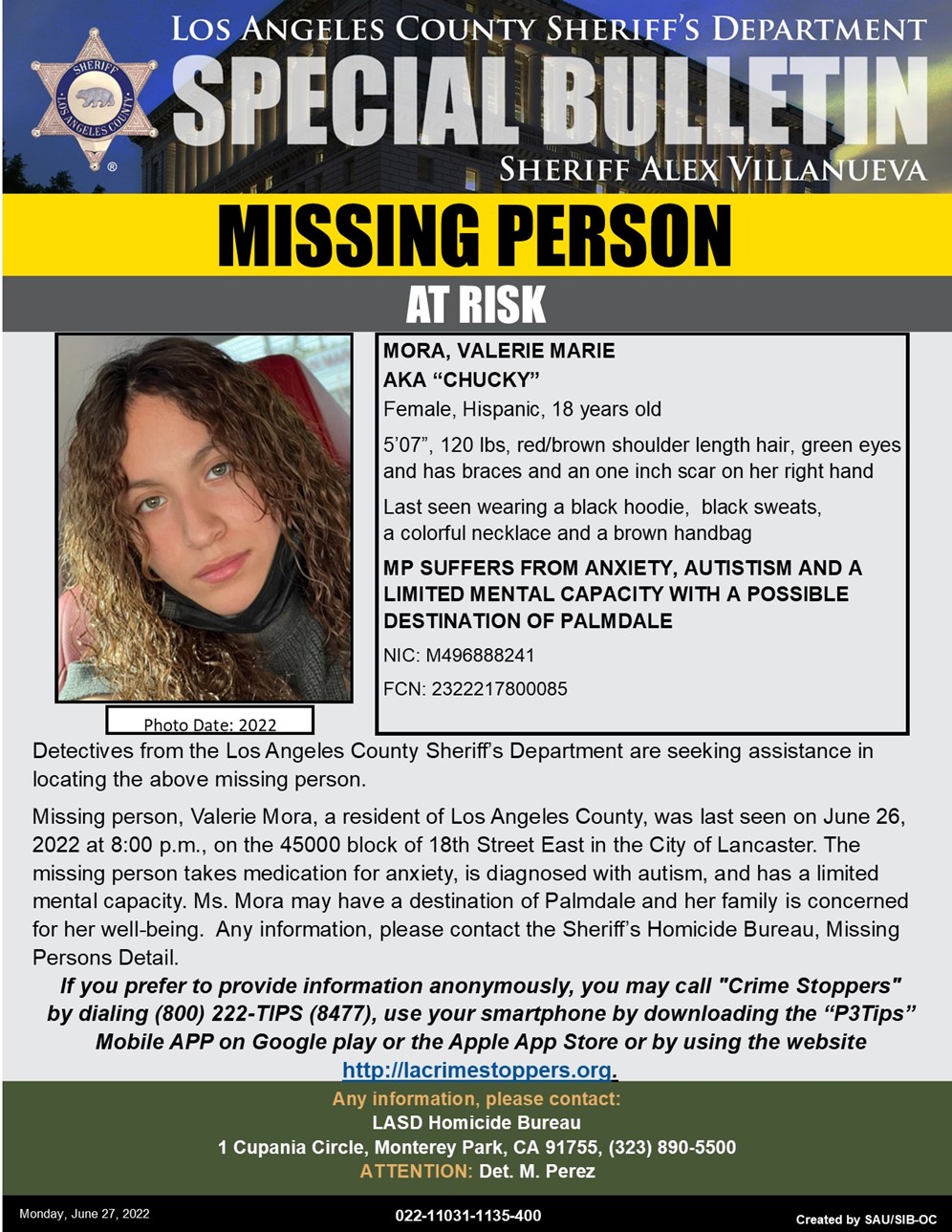