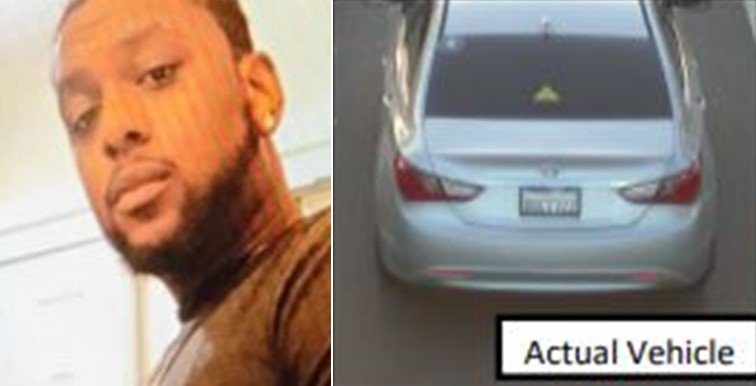 PALMDALE – Detectives are asking for the public’s help to locate a 30-year-old man who suffers from depression.

Christopher Lawrence Darrett, also known as C.J., was last seen around 5 p.m. Saturday, June 11, on the 2500 block of Olive Drive in Palmdale, according to a news release from the Sheriff’s Information Bureau.

Darrett is Black, 5 feet, 11 inches tall, 160 pounds, with short black wavy hair, brown eyes, sleeve tattoos on both arms and a tattoo of the word “Dynasty” across his chest. His car is described as a silver 2013 Hyundai Sonata, California license number 8UCT722.

“Mr. Darrett suffers from depression and his family is concerned for his well-being,” sheriff’s officials said in the news release. 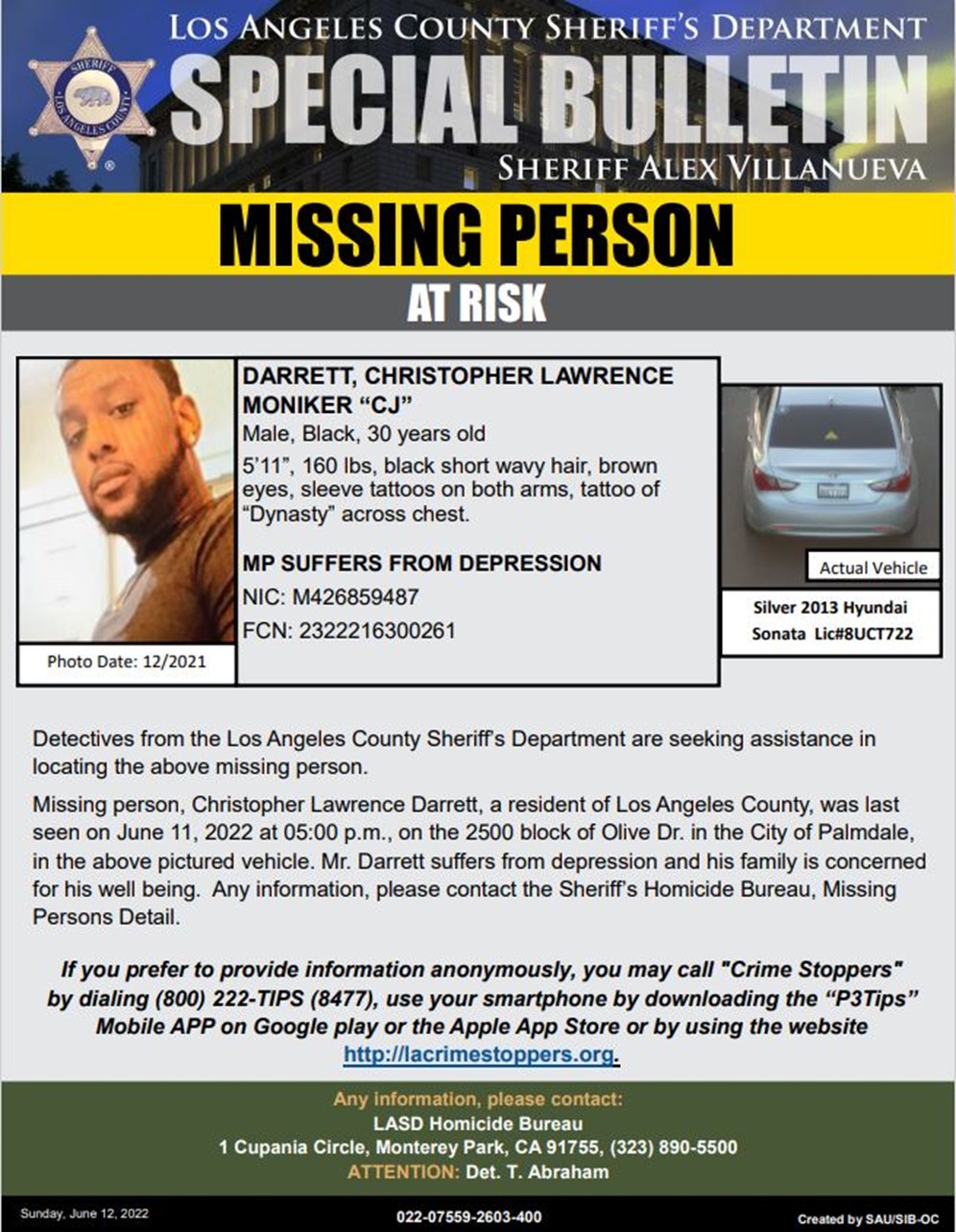