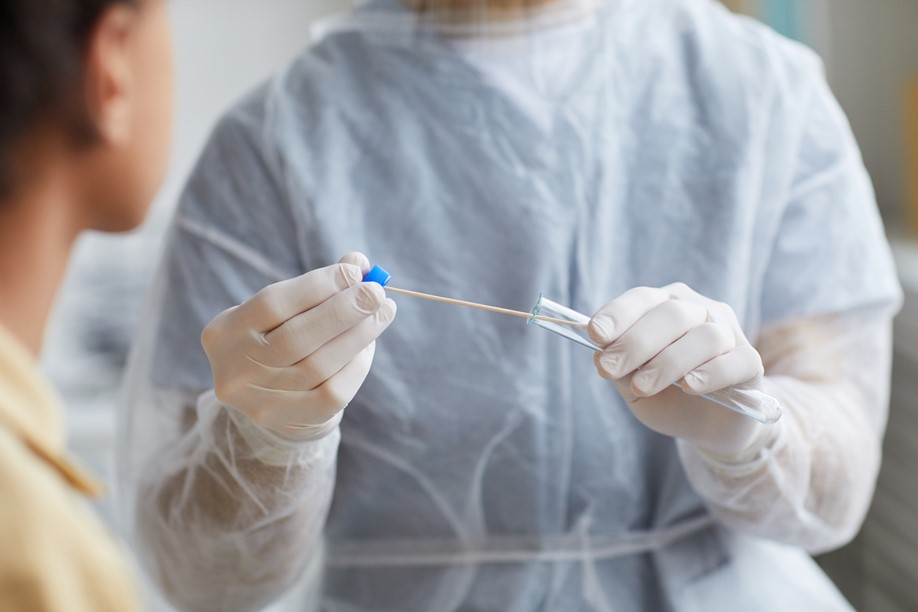 The Los Angeles County Board of Supervisors voted Tuesday to identify additional funding to expand COVID-19 testing — including for take-home test kits — as the number of infections spikes higher.

Supervisors Hilda Solis and Janice Hahn co-authored the motion calling for a report back in 14 days on federal and state funding that could be used to buy more antigen, or PCR, tests.

“The county has a massive testing infrastructure in place, with testing sites located in vulnerable communities countywide,” the motion read in part. “However, due to the skyrocketing demand for testing and strained staffing capacity, wait times at some testing locations can often take hours, and some partner sites are not able to offer appointments until days later.”

On Monday, the county Department of Health Services announced that take-home tests would be made available, while supplies last, for residents unable to get appointments as the demand for tests increases during a dramatic upswing in infections due to the Omicron variant. Residents can pick up a PCR test kit at one of 13 testing sites without an appointment, complete the test on their own and return the completed kit to one of several designated locations for processing. Residents are expected to be notified of test results — which cover both COVID-19 and the flu — within 24-48 hours.

“We look forward to reducing the waiting time to get tested for individuals unable to book an appointment,” Paula Siler, director of Community Mobile Testing Operations at DHS, said on Monday. “Once all 13 pick-up testing locations are fully operating and once our home testing kit-by-mail program is simultaneously re-launched later this week, we will have successfully added over 10,000 additional daily COVID tests available to the residents of L.A. County.”

The county has also increased the hours and days of operations for testing sites and added mobile testing units.

Los Angeles County’s new take-home tests are intended for residents experiencing symptoms or who believe they have been exposed to someone with COVID-19. Supplies are limited, and tests are not intended for use by those testing as a requirement to return to school, work or other activities. Health officials said those individuals should seek testing from their employer, school district or other entity requiring the test.

Information on locations for free pick-up testing kits is available at https://covid19.lacounty.gov/la-county-pick-up-testing-kit-program/.

About 260 testing sites vetted by the county are listed at covid19.lacounty.gov/testing/. All tests at those sites are offered for free, regardless of insurance coverage or immigration status.

Other testing sites located in Los Angeles County are run by private companies, have not been approved by county officials, and some charge for services.