UPDATED 1/11/22: On Tuesday, Jan. 11, the sheriff’s department reported that Holly Ann Valadez had been found. Further details were not immediately released.

LANCASTER – Authorities are seeking the public’s help to find a 42-year-old woman who was reported missing in Lancaster.

Holly Ann Valadez was last seen about 4 p.m. Jan. 1 in the 1000 block of West Avenue H-1, near Mariposa Park, according to the Los Angeles County Sheriff’s Department.

Valadez is white, 5-feet-9 inches tall and weighs 195 pounds, with brown hair, hazel eyes and tattoos of a jester on her neck and a purple ribbon on her upper right arm. She was last seen wearing blue jeans, black shoes and a red sweater with a floral design.

Anyone with information on Valadez’s whereabouts is encouraged contact the LASD Missing Persons Unit at 323-890-5500. Anonymous tips can be called in to Crime Stoppers at 800-222-8477 or submitted online at lacrimestoppers.org. 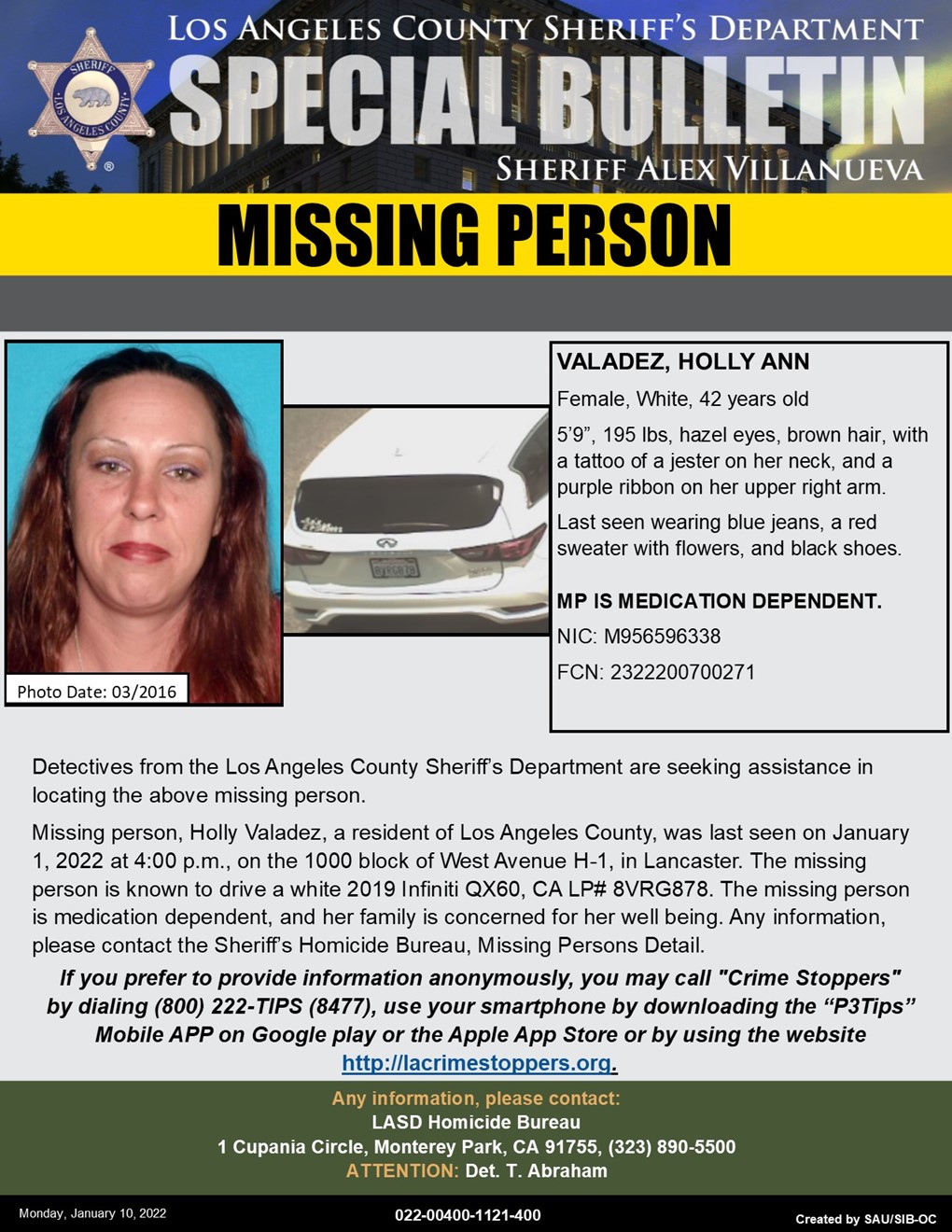