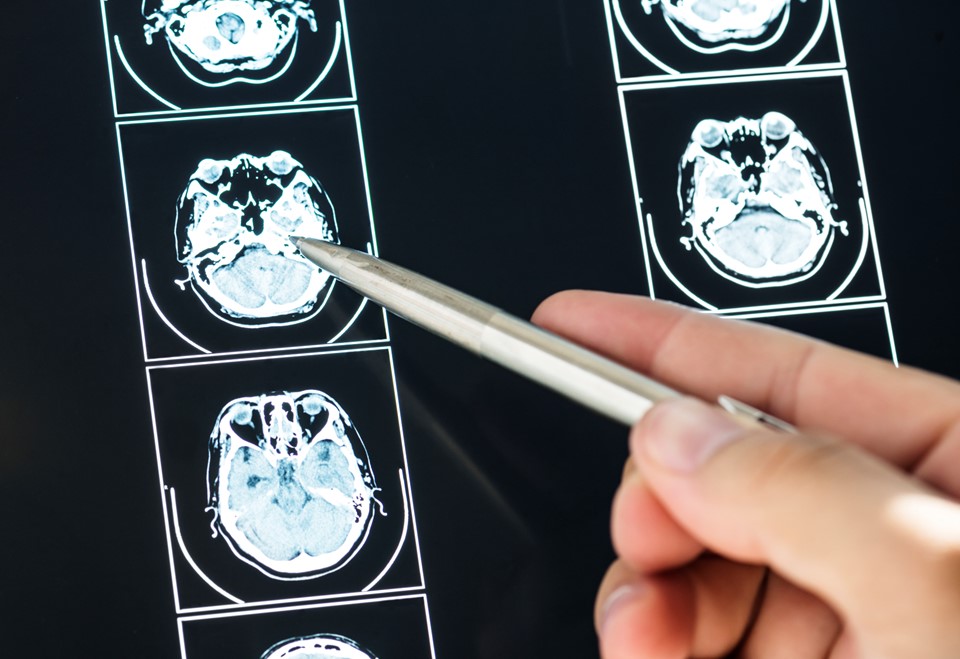 A new study by USC researchers suggests the spread of cancer to particular areas of the brain might not be random, but rather dependent on where the cancer originated in the body — possibly offering insights into the eventual prevention and treatment of brain tumors.

The study comes from the USC Norris Comprehensive Cancer Center, which is part of Keck Medicine of USC, and was published in the Journal of Neurosurgery.

“We discovered that different types of cancer are more likely to show up in specific parts of the brain once they metastasize, indicating the location of tumors follow a distinct pattern,” said Dr. Gabriel Zada, a brain and tumor neurosurgeon with Keck Medicine of USC and senior author of the study. He is also a member of USC Norris and director of the USC Brain Tumor Center.

Brain metastasis occurs when cancer in one part of the body spreads to the brain. The lifetime incidence of such metastatic brain tumors in cancer patients is between 20%-45%, research shows.

They discovered that lung cancer and melanoma showed a higher likelihood for the metastasis to be at the frontal and temporal lobes (which sit behind the ears). Breast, renal and colon cancers had a higher propensity to spread to the back of the brain, such as the cerebellum and brainstem.

The findings may predict where a specific cancer may spread in the brain as well as have implications for how brain tumors grow, the study said.

“It may be that cancer cells have the ability to adapt to regional microenvironments in the brain that allow them to colonize and progress, while other areas of the brain are inhospitable to the same cells,” said Josh Neman, a PhD and assistant professor of neurological surgery and physiology and neuroscience at the Keck School. He’s also scientific director of the USC Brain Tumor Center and lead author of the study. He is also a member of USC Norris.

According to the study, researchers collected data from patients with metastatic brain cancer being treated with stereotactic radiosurgery (SRS), a minimally invasive, targeted form of radiosurgery used to treat brain tumors and other lesions. The SRS allows surgeons to define the coordinates of a tumor in the brain with precise accuracy.

The researchers used the SRS coordinates from 970 patients with approximately 3,200 brain metastatic tumors arising from skin, lung, breast, kidney or colon cancers treated at Keck Medical Center of USC from 1994-2015.

They created two predictive mathematical models to analyze the exact locations of brain metastases based on the primary cancer origins. One model showed that distinct regions of the brain were relatively susceptible to certain types of cancer; another provided the probability of each cancer metastasizing in certain brain regions.

Both models resulted in the approximate same results as to which areas of the brain were most likely to develop tumors specific to a particular type of cancer.

“If we can understand what factors either facilitate or block the process of metastasis, such as certain chemicals or neurotransmitters in the brain, there might be a way to intervene and prevent a cancer from metastasizing in the first place or treat it once it has spread,” Neman said.

“In fact, we are already conducting studies to learn why certain areas of the brain are not receptive to certain cancer cells in hopes of developing better targeted therapies for patients.”

USC said Zada and Neman are currently using the data from this study to participate in an international trial to further study the patterns of brain metastasis based on primary cancer type.

“We are excited to see what new information this larger study will yield in our efforts to better understand and treat this complication of so many common cancers,” Zada said.