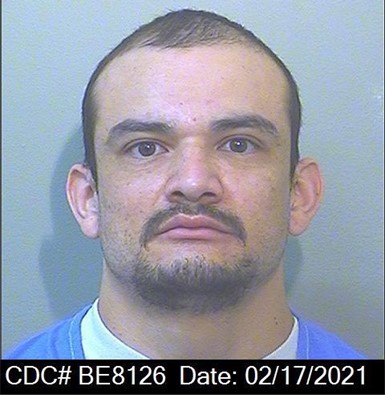 Authorities Monday sought public help to find a prisoner who walked away from a California Department of Corrections and Rehabilitation facility in the Los Angeles County area over the weekend.

Derbert Pineda, 32, was discovered missing from the Male Community Reentry Program facility at about 7 p.m. Sunday, Aug. 29, according to the

CDCR. Pineda is 5-feet-6 inches tall, weighs 160 pounds, and has black hair and brown eyes. He was wearing a gray shirt and gray shorts.

He was serving a four-year sentence for vehicle theft with prior vehicle-related theft convictions, a second strike, the CDCR reported. He was scheduled to be released in October.

The Male Community Reentry Program allows eligible offenders committed to state prison to serve the end of their sentences in a reentry center, and provides them the programs and tools necessary to transition from custody back into the community.

Anyone who sees Pineda or has any knowledge of his whereabouts should immediately contact local law enforcement or call 911.

[Information via news release from the California Department of Corrections and Rehabilitation.]

UPDATE: Derbert Pineda was apprehended about 10:19 p.m. Monday, Aug. 30, by CDCR Special Service Unit agents in the city of Los Angeles, according to CDCR.