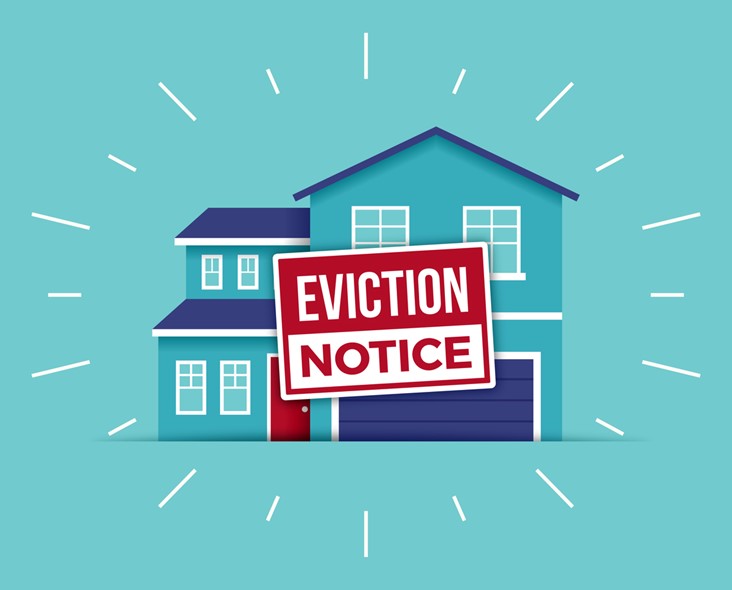 Researchers expect an increase in food insecurity and mental duress sparked by the expiration of the federal moratorium on rental evictions, a study released Monday by the UCLA Ziman Center for Real Estate indicates.

When the eviction ban went into effect in California in March last year as the COVID-19 pandemic took hold, scarce household financial resources in some renter households were redirected to immediate needs, including food and grocery spending, resulting in reduced food insecurity and mental stress — with larger effects found among Black households, according to the study, “More Than Shelter: The Effects of Rental Eviction Moratoria on Household Well-Being.”

The federal eviction moratorium ended Saturday, July 31, two days after President Joe Biden announced the nationwide ban would be allowed to expire. The Biden administration said it wanted to extend the ban due to rising infections, but its hands were tied after the U.S. Supreme Court signaled in June that it wouldn’t be extended beyond the end of July without congressional action.

On Monday, Biden directed his White House policy, implementation, and legal teams to assemble all federal agencies to reexamine whether there are any other authorities to take additional actions to stop evictions, and called on all states and localities to extend or put in place evictions moratoria for at least the next two months.

In the UCLA study, researchers found that deferral of rents “led to both elevated credit card spending and related debt payoff.” as well as a “small but significant” positive impact on borrowers’ credit scores.

“The expiration of the federal moratorium on rental evictions will leave renters with few protections in the wake of the expected onslaught of eviction cases,” said UCLA Ziman Center Director Stuart Gabriel, one of the authors of the report.

According to the study’s analysis, the eviction moratoria had significant unanticipated salutary effects, including reductions in food insecurity and mental duress during the early waves of the pandemic.

“It is anticipated that these effects will be reversed as current evictions proceed and even as the highly contagious Delta variant requires ongoing social distancing afforded by the moratoria `shelter-in-place,”‘ Gabriel said.

It was further determined in the study that one week of eviction moratorium was associated with a 1% increase in food service spending and a 0.9% increase in grocery spending, leading to a reduction in the incidence of household food insecurity. A 2% decline in subsequent self-reporting of food insecurity among Black renters was also noted.

Eviction moratoria also resulted in a decline in the use of food banks, researchers found. The survey indicated that about four in 10 adults in the U.S. reported symptoms of anxiety or depressive disorder in the wake of onset of the COVID-19 pandemic, up from one in 10 adults who reported these symptoms during the previous year.

Results of the study suggest that rental eviction moratoria significantly reduced the incidence of emotional stress, measured in the study by such indicators as ‘feeling anxious,’ ‘can’t stop worrying,’ and ‘feeling down,’ with results especially pronounced among Black households.